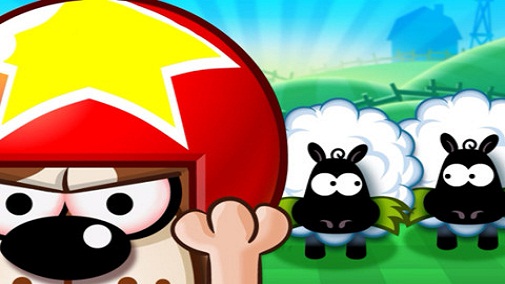 Sticky Sheep is a game about Baxter the sheepdog, whose job is to guide sheep using his head. He also has a cool helmet which assists him a lot for this job. You can slingshot him to hit the sheep and guide them to a specific location to complete the level.

The game has a lot in common with other Chillingo games out there, and if you play a lot of their games, you pretty much know what to expect here. There is a three star scoring system and the emphasis on physics based guidance is quite high. Sometimes I feel the entire game is based on luck and less on skill. 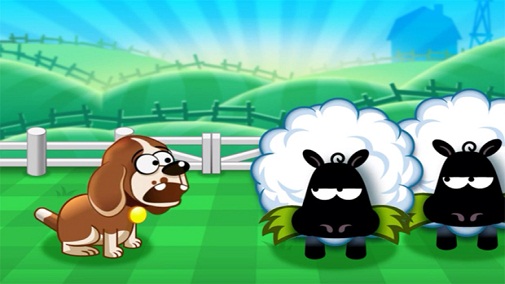 The main objective is to guide the sheep to a specific circular point so that you can pass the level. Depending on how accurate you are, gets you points accordingly. There are a lot of levels here, sometimes they are complicated or very easy to pass. As you keep playing, there will be a lot of obstacles for you to overcome like pinball style ramps or blocks.

Just like Angry Birds, you have a limited amount of turns to accomplish your goal, or you can just try again. I found this game to be somewhat engaging, and as you keep playing and unlocking tougher missions, it will actually get challenging. As I mentioned earlier, it’s mostly based on luck and less on skill, so it gets a little frustrating later on. 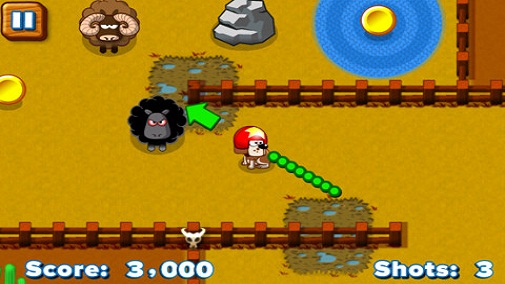 There is also an arcade mode here, where you can just play for scores. The more sheep you knock into a target, more time you get on the clock. Visually the game is decent with varied colours and the design is quite palatable as well. I love physics based games like these, and Sticky Sheep managed to keep me occupied for a while.

If you want a good physics based game, with a decent amount of content, then I can easily recommend this game. Sticky Sheep has issues, but seeing Baxter the Sheepdog knocking sheep around will never get old.

Game is based on luck and less on skill. Difficulty is a mixed bag.

Final Verdict:
GOOD
If you want a good physics based game, with a decent amount of content, then I can easily recommend this game. Sticky Sheep has issues, but seeing Baxter the Sheepdog knocking sheep around will never get old.
A copy of this game was provided by Developer/Publisher/Distributor/PR Agency for review purposes. Click here to know more about our Reviews Policy.