Strange Brigade Wiki – Everything You Need To Know About The Game

Everything you need to know about Strange Brigade. 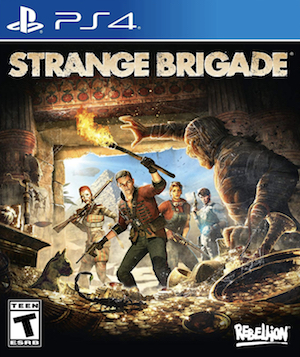 Strange Brigade is an upcoming third person shooter that places an emphasis on co-op gameplay between four players. It is developed and published by British developers Rebellion Developments, who’re also known for making the Sniper Elite games.

Strange Brigade is a game that places an emphasis on co-op gameplay between four players. As that description might imply, it is inspired by similar shooters in the past, such as Left 4 Dead, and Sniper Elite spinoff Zombie Army Trilogy, which was also developed by Rebellion Developments.

The game was originally announced in June 2017, roughly fourteen months before its eventual release date. Post launch DLC has also been planned, and will include new characters, weapons, and outfits. There will also be free monthly updates. Strange Brigade takes place in the 1930s in Egypt, and its an amalgamation of sorts of the game mechanics seen in the likes of Left 4 Dead, the adventure-cum-fantasy elements seen in properties like Indiana Jones and Uncharted. The style and tone of the game are very much inspired by 1930s and 1940s pulp adventure serial dramas, which can also be heard in its background narrations. The events that act as a backdrop for the narrative of Strange Brigade take place four thousand years ago in Saharan Africa, a region that was under the rule of Queen Seteki. Seteki was a harsh and tyrannical queen who indulged in barbaric practices and black practices due to her devotion to evil deities, as a result of which the people under her rule eventually rose up in mutiny.

The mutiny ultimately led to Queen Seteki being overthrown and then being locked away in a tomb, and all traces of her existence being erased from memory and history. Four thousand years later, in 1930s, leading an archeological expedition in Egypt, a man named Edgar Harbin discovers her tomb and accidentally sets her spirit free, which leads to all sorts of chaos. As a result, a group of Secret Service agents known as the Strange Brigade, who’re experts at tracking down and quashing supernatural threats, is tasked by the government to infiltrate Harbin’s expedition, with their ultimate goal being to bring down Seteki once and for all. The game’s campaign will see players playing in several locations and ruins. 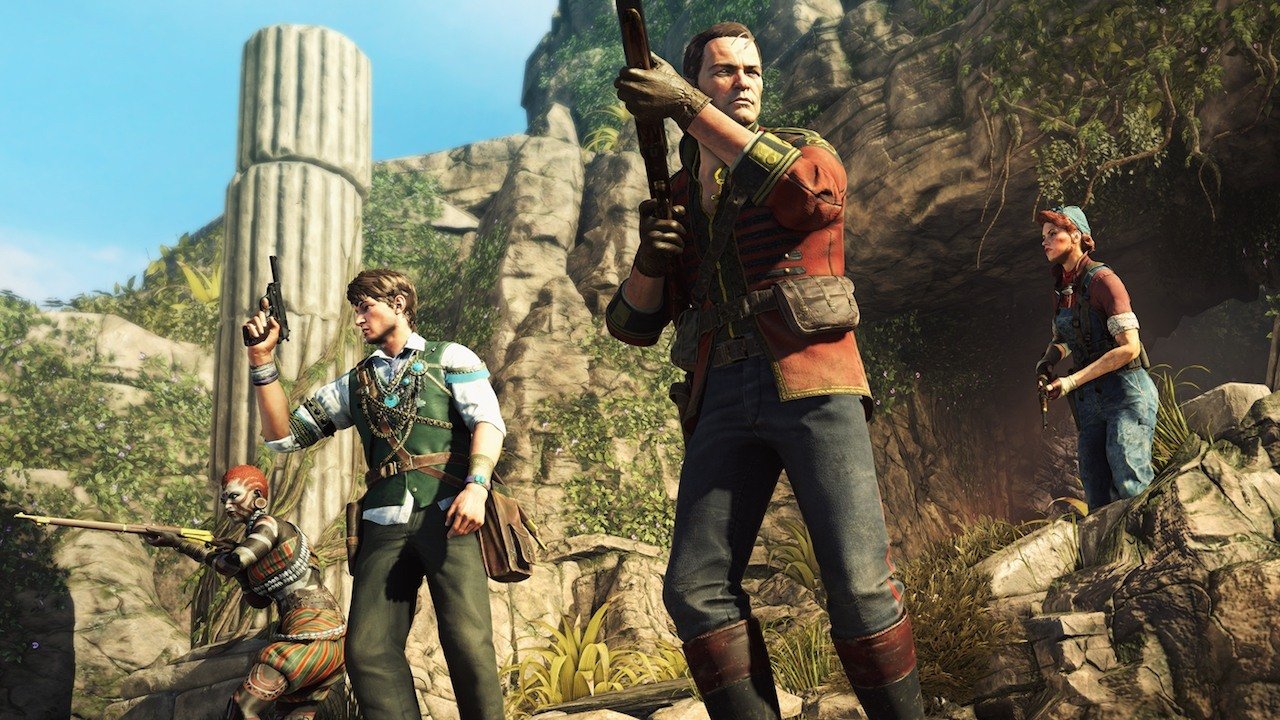 Though Strange Brigade is playable solo, the primary way of playing the game is with friends, with the maximum number of players in a game being four. Similar to Left 4 Dead, the game throws players into a level and then tasks them with making their way through hordes upon hordes of enemies, with management of larger enemy crowds bring a fundamental mechanic of the experience. The enemies players come across range from mummies to large scorpions to undead creatures to even minotaur, with several of these obviously being harder to kill than others.

Strange Brigade hands players with several tools to do so, ranging from guns such as shotguns and rifles, to melee weapons. Four characters are included in the game at launch- Gracie Braithwaite, who is an engineer, Nalangu Rushida, the wayfinder, Frank Fairburne, a soldier, and Archimedes de Quincy, a scholar. Each of the four characters in Strange Brigade have their own different weapons and abilities, and each of these is also customizable. Additionally, four more characters will be added on as DLC after launch- the survivor Hachiro Shimizu, the treasure hunter Patrick “Bash” Conahan, the pilot Tessie Caldwell, and the demon hunter Anjali Khan.

Meanwhile, weapons also have upgrade slots which players can make use of to improve various aspects, and can be upgraded or switched on work benches found throughout the game’s levels. Additionally, you can also use gems to add additional and new effects to your weapons, such as fire bullets or bullets that replenish a little bit of your health with each hit. Each of the four characters are additionally also equipped with an amulet. These amulets can be charged up with souls that players consume from enemies they kill, and once an amulet is fully charged, the player can unleash a magical attack that does significantly more damage and can take out a larger number of enemies. Additionally, there was also be a scoring system that will give scores based on performances to each individual player.

Levels in Strange Brigade also feature several traps and environmental hazards, such as rotating blades, fire pits, exploding barrels, swinging axes, and more. While players obviously have to avoid these, they can also use these to their own advantage by luring enemies into traps and hazards to thin out hordes of enemies. In addition to its chaotic shooting action, Strange Brigade also has some light puzzle elements to break up the action. Tackling puzzles rewards players with relics, which can be used to unlock more of the aforementioned amulet powers. Additionally, the game also has  branching level designs, with open ended areas and branching paths that aim to encourage exploration and award players with collectibles and secrets. Levels also have treasure chests for players to find, which can hand out things like powerful prototype weapons, or gold coins which can be used to purchase better weapons and items. 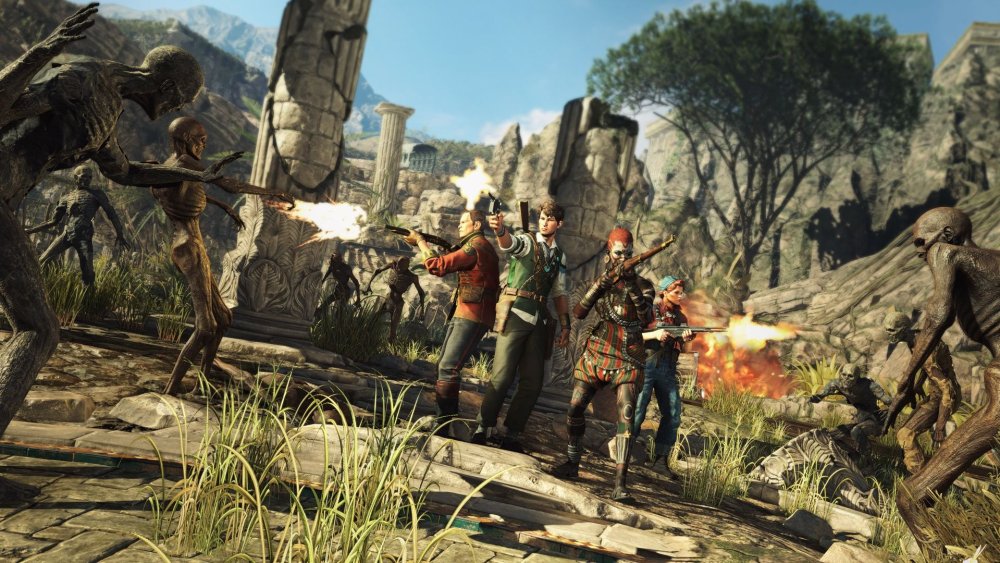 Beyond its campaign, Strange Brigade also has two additional modes. The first of these is a traditional horde mode, which pits players against continuous waves of enemies which become increasingly more powerful and larger in terms of the number of enemies they include. Completing waves rewards players with money, which can be used between waves to buy better weapons, set up more traps, or unlock more surrounding areas that contain new items that can also be used during subsequent waves. The second additional mode is called Score Attack, which tasks players with making their way through levels from the campaign, but with the aim here being to attain the maximum number of points. To do so, players have to make the best of use of the weapons, abilities, traps, and environmental hazards the game provides them with.