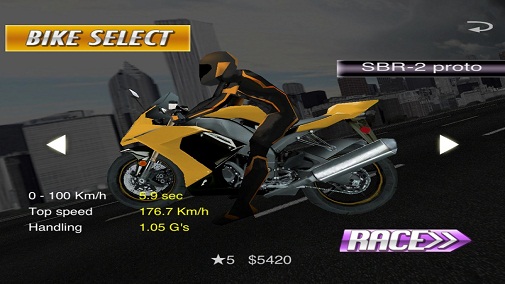 Earlier I reviewed Street Bike: Full Blast for the iOS and while it was specifically for the iPhone and not optimized for the iPad, it looked pretty bad on the device. But now, we have a HD version of the same game that was released a few months ago, and if you have an iPad 2 or the new iPad, it is undoubtedly the perfect way to play the game.

I had mentioned in my earlier review how much I love bike games, and my love for it started since the Road Rash days. The main problem with this release now is that the game is old and most people must have already completed most of what it has to offer. So basically, you are just paying for the HD visuals to run it optimally on the iPad. 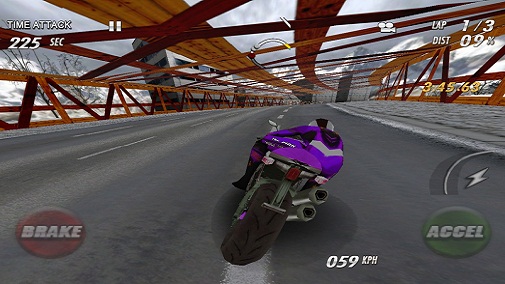 So what’s different in this version? What does this version give you except better visuals to invest in it, or upgrade for people who already own it for the iPhone? This is the main area where the game falters. The gameplay mechanics are quite similar, i.e., you can control the bikes using the tilt function which is also the most preferred way to play the game.

There are a bunch of tracks here and also some bikes, which is quite unremarkable mostly. The game is mostly intended to be played as a pick-up-and-play in your leisure time, and there are no solid gameplay mechanics or varied content here that will make you come back for more. The visuals look great, and it is one of the reasons why this game can be appealing to people who are craving for a decent bike racing game. 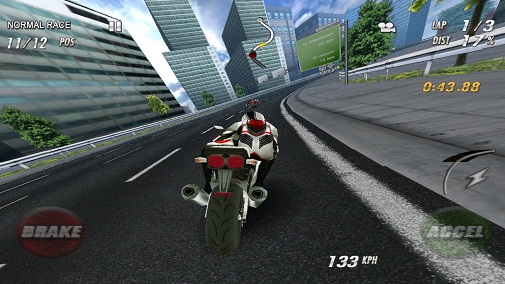 Now, when it comes to the controls. I normally didn’t have any issue with it, because the tilt function is pretty responsive and does the game justice. I mostly have a lot of issues when it comes to controls for iOS games, but the one in this game was pretty smooth. I could see this game being a lot of fun to certain people, but its definitely not something you should buy if you are looking a comprehensive experience.

I kind of expected the game to be $2.00 in the App store, but to my surprise it was priced the same as its iPhone counterpart. Street Bike: Full Blast HD isn’t something that would provide you a lot of content and a complete bike racing package on the iOS. It is fun only when you want to spend some time waiting for a bus, train or something.

Final Verdict:
FAIR
I could see this game being a lot of fun to certain people, but its definitely not something you should buy if you are looking a comprehensive experience.
A copy of this game was provided by Developer/Publisher/Distributor/PR Agency for review purposes. Click here to know more about our Reviews Policy.