But not just shooting. Shooting in SPACE. 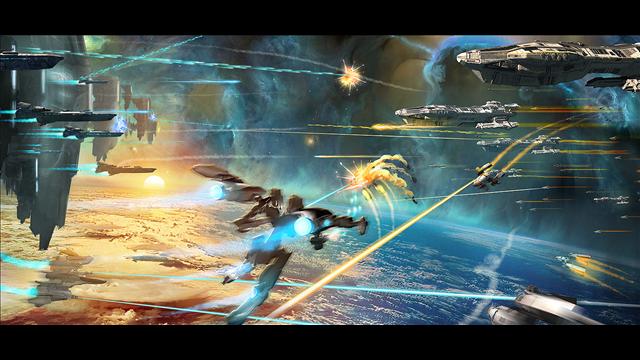 Born Ready Games’ Strike Suit Zero: Future Earth is an interesting title. The developer wants to put the big feel of space combat on to a heavily, multiplayer-based stage, set against a plot of humanity on the verge of extinction blah blah yada yada, and they’ve released several videos to that effect. They show off the gameplay of the title without really going into the nitty gritty of what’s really enticing about the game.

And there’s quite a bit. You play as the pro-transforming plane pilot aboard the mission to save the Earth and the game serves up a scale reminiscent of RTS classics like Homeworld, with an open area, “do as you like” Freelancer feel. And the plane transforming into a mech is highly reminiscent of anime Macross. Sure, there aren’t any set-piece heavy missions but in terms of pure fleet combat, it’s certainly worth keeping an eye. Check out the gameplay videos below.