The follow-up to Submerged reaps the rewards of its simplicity while also paying a price for it.

If dialing back the complexity of a lot of modern puzzle adventure games while soaking up a lovingly crafted atmosphere sounds like a good time to you, then the case for playing Submerged: Hidden Depths seems like a fairly easy one to make. Despite only having a small number of moving parts to fill out its gameplay, the charming characters, well-groomed atmosphere, and clever use of its modesty make this fairly short journey a surprisingly memorable one despite paying a price for its simplicity in the process.

The key to making a simple game like Submerged: Hidden Depths work and avoid becoming boring is to use what gameplay elements it does have in fun and surprising ways while making sure the entire experience doesn’t overstay its welcome. For the most part, this standalone sequel to 2015’s Submerged from Uppercut Games seems to understand that. Like with most games that rely on atmosphere to do so much of the heavy lifting, to describe this game as one where you simply explore and solve puzzles is a decidedly small way to look at it. It’s not inaccurate to categorize it that way though, as it clearly stays within the confines of the genre. 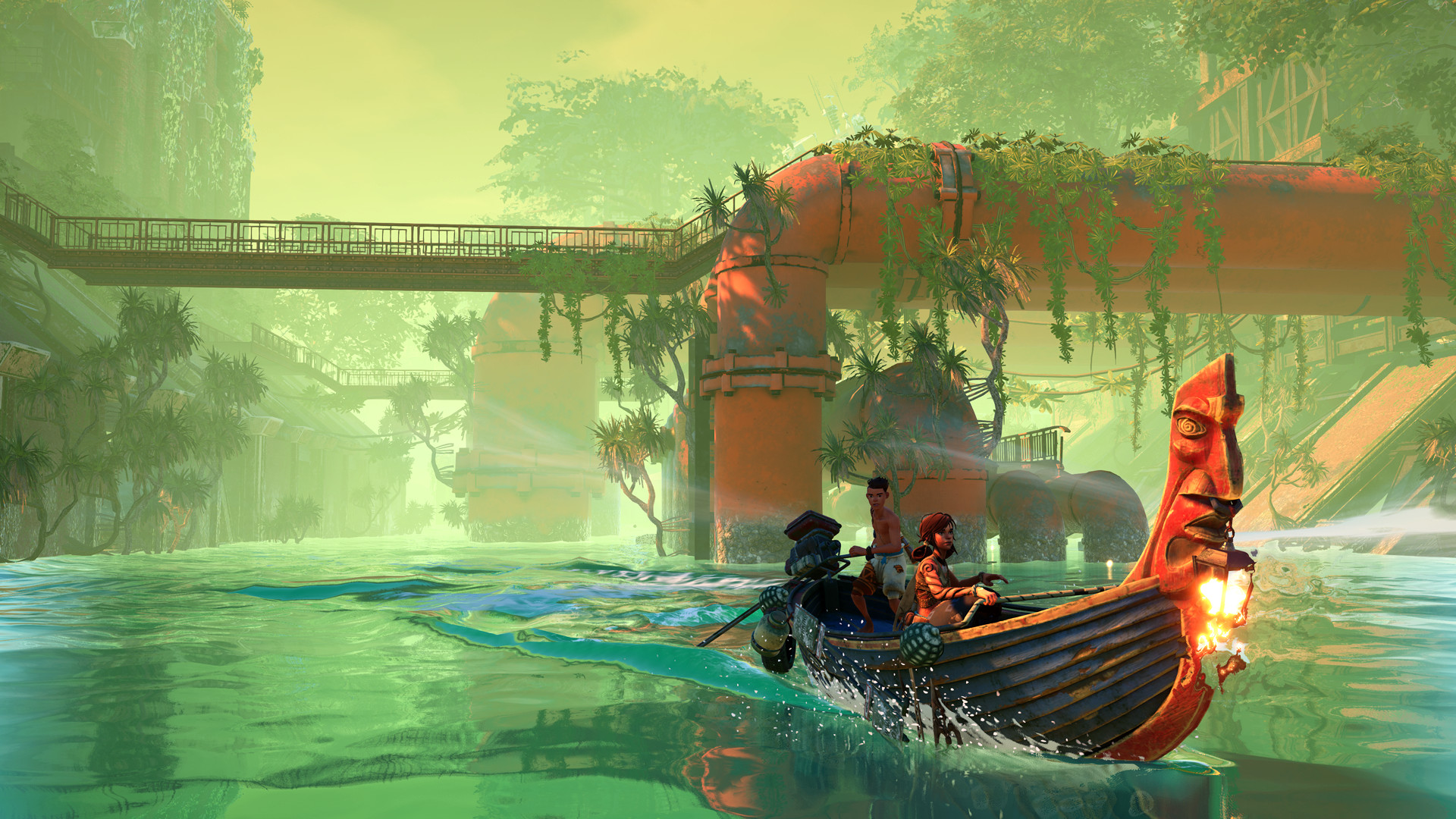 "If dialing back the complexity of a lot of modern puzzle adventure games while soaking up a lovingly crafted atmosphere sounds like a good time to you, then the case for playing Submerged: Hidden Depths seems like a fairly easy one to make."

That said, the special sauce drizzled on top of Hidden Depths is a profoundly evocative tone, created by a combination of its gorgeous visual style and its undeniably moving soundtrack. Despite the characters rarely speaking at all, and the story mostly staying in the background, it only took me about 30 seconds to forget about how tired of this art style I am to fully enjoy playing as these characters. The little non-verbal brother and sister things they do are given about as much attention as their grander-scale journey of liberating these floating ruins of the ravages of time and discovering the secrets within them. The reality of their relationship to each other and the world they’re uncovering is brought to life all the more with the game’s well-designed graphics that, while simple, also shine on the PS5 with deep saturated sunsets and convincing water physics that don’t stop the game from running smoothly.

Unraveling the adventure will have you doing a lot of the same few things though. Using a telescope to identify places to explore, heading there in your boat, solving the puzzles that await and planting giant seeds is a pattern that becomes a bit too predictable a bit too soon, as it doesn’t do as much as it could have with mixing up those core elements. Thankfully the game’s many explorable sites also contain plenty of items to collect and ethereal creatures to discover, giving it a nice optional layer of collect-a-thon energy if you so desire it. Finding different items that flesh out the world a bit is a nice way to divert from your main objective every so often, and can provide some replay value for those that might technically complete the game but still want a reason to hang around in it. The collecting has a slight addicting quality to it as it very clearly tells you how many of any given item is left in the world waiting for you to find it. While I still think the atmosphere is the main draw, rest assured, fans of collecting stuff could certainly scratch that itch with Submerged: Hidden Depths if that’s all they want out of it.

Discovering new areas on your own and traveling to them on your boat is a breeze, as all you really need to do is genuinely look around through your telescope at a good vantage point and the game will let you know when you’re close to seeing an area of importance. Follow the indicators and it’ll be added right to your compass where it will perpetually dare you to come explore it until you finally do. Going there is just as simple. Controlling the boat is about as easy as it gets, but wisely, the developer didn’t let these moments fall flat as you can make some discoveries on your way to any given point as well. 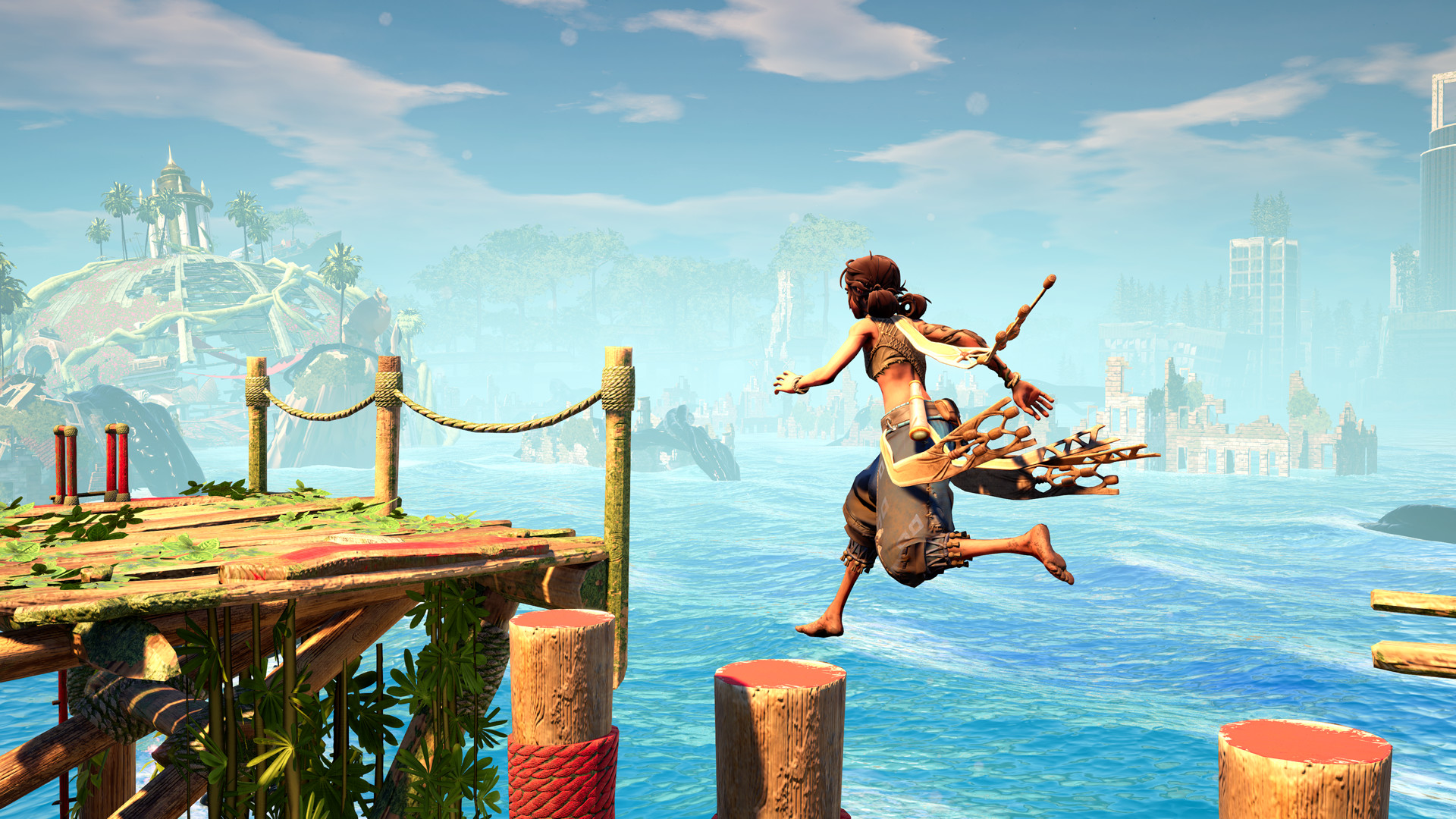 "While I still think the atmosphere is the main draw, rest assured, fans of collecting stuff could certainly scratch that itch with Submerged: Hidden Depths if that’s all they want out of it."

Once you get to an area where you can park your boat and start exploring, you’ll also find that these areas are very thoughtfully designed with ziplines to glide down, ledges to scuttle across, and a few other types of traversals that make them more entertaining to wander around in than they would otherwise be. The simplistic approach to storytelling also translates to its controls, as climbing around, hopping across chasms on little platforms, and pulling yourself up on ledges are all done with a simple press of the joystick, relegating actual jumping to only areas where making large leaps are more obviously needed. It might not work in a more traditional action game, but it feels right at home here. You do play as both characters for various reasons throughout the story, but they basically play the same and neither seem to have any real advantage or disadvantage when compared to the other, which is a bit of a shame, as that could have been a nice way to inject more variety into the game.

Ultimately you want to find one of the ten seeds if you can and plant it to cleanse the area before moving on, and some areas shroud these seeds more than others under layers of platforming and puzzles. The puzzles sadly might be the weakest element of the entire gameplay loop, as many of them blur together with only a small handful of elements that aren’t changed around much, and sometimes fall a bit flat. A particular annoyance that stood out to me; it can be hard to tell what pressing a floor button did if you don’t happen to be facing the exact right direction when you do it, and some buttons that require objects to be set on them won’t let you remove them to see what you did. This can result in a few minutes or even long stretches of time where you’re just looping around the structure trying to find whatever changed and/or whatever new path was just revealed, and that’s exactly what you don’t want in a game that so heavily relies on a steady flow of immersion to keep the experience going.

As mentioned, the music is positively outstanding here. It’s rare that a video game so deliberately leans on its music to carry its various themes, much less do it well. Submerged: Hidden Depths absolutely nails it here. Whether it’s the simple ethereal tones that fill out the game’s less energetic moments, the uplifting melodies that accompany discovery and success, or even the handful of somewhat unnerving pieces that underscore the game’s darker, more surreal sections. Every mood the game tries to achieve is made exponentially better with this thoughtful soundtrack. 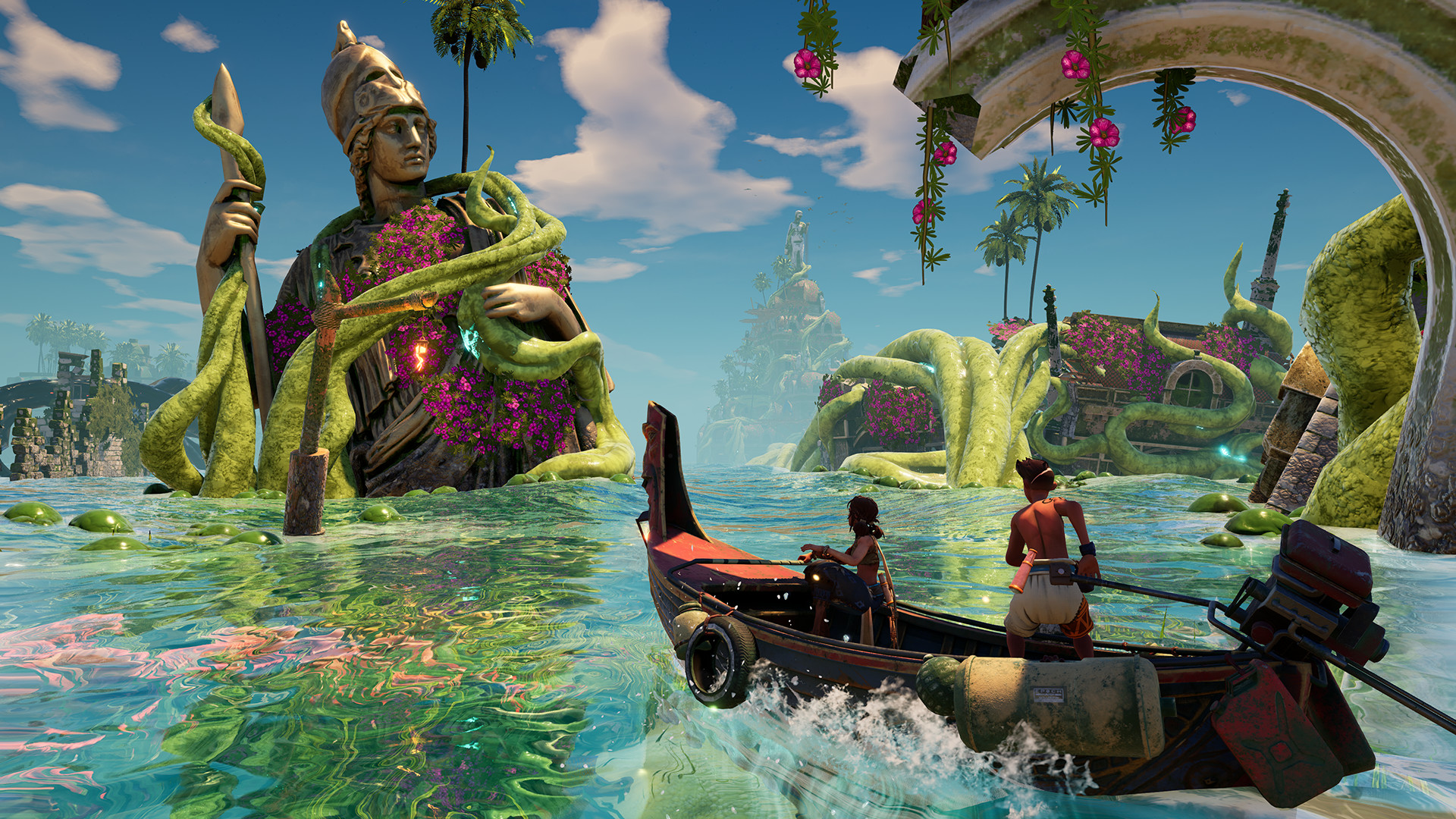 "If you like these sorts of atmospheric games, Submerged: Hidden Depths will likely serve as a meaningful addition to your library, though it won’t distract from the undisputed kings of it."

At this point, you should probably already know if Submerged: Hidden Depths is for you. If you like these sorts of atmospheric games, it will likely serve as a meaningful addition to your library, though it won’t distract from the undisputed kings of it. It slips up a bit with repetition and pacing, which can lead to occasional lags in your enjoyment, but mostly delivers on what it promises to otherwise with a slower, more relaxing vibe that few games lean into this much. If you don’t typically like these sorts of games, there’s little here to change your mind outside of a reasonably dense web of collectables and puzzles that more-or-less fit with the $20 price tag. Had the game either expanded on its ideas or honed them a bit more, I could more emphatically and broadly recommended it, but as it is, it gets enough right that many fans of the genre should like it, and some might even love it, but it mostly forgoes being much more than that.

Too few ideas stretched too thin; Some puzzles fall apart if not executed the right way.

Final Verdict:
GOOD
Despite not expanding on its gameplay ideas enough to avoid tedium, the ambience, atmosphere, and ease of play do make Submerged Hidden Depths a competent addition to its genre.
A copy of this game was provided by Developer/Publisher/Distributor/PR Agency for review purposes. Click here to know more about our Reviews Policy.