HD remasters of Konami's beloved Suikoden 1 and 2 are coming to Xbox One, Nintendo Switch, PC, and PS4 next year with new quality of life features. 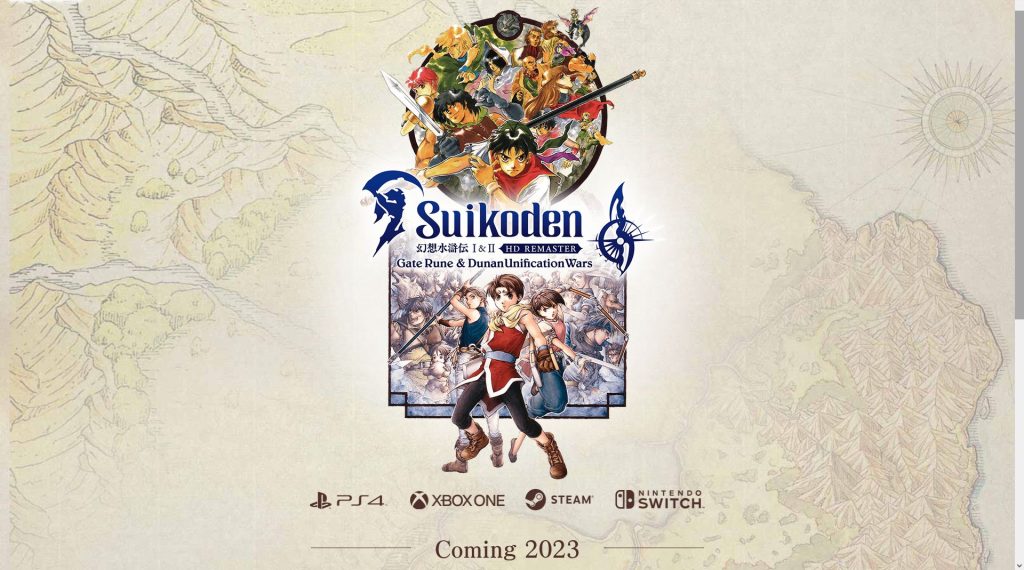 Konami has announced Suikoden 1 and 2 HD Remaster: Gate Rune and Dunan Unification Wars at Tokyo Game Show 2022. As a bundle of HD remasters of Suikoden 1 and 2, it will release in 2023 for PS4, Xbox One, Nintendo Switch and PC via Steam. Check out the trailer below to see them in action.

Suikoden 1 focuses on a hero turned tyrant and the Liberation Army that rises to challenge them. It features the 108 Stars of Destiny with the protagonist and 107 additional playable characters. Suikoden 2 is about the protagonist and Jowy, members of the Unicorn Youth Brigade. An agreement is signed between the Highland Kingdom and City-States of Jowstown, but it’s not long before war starts again.