The gorgeous Metroidvania title with procedural levels will be available on the Nintendo eShop. 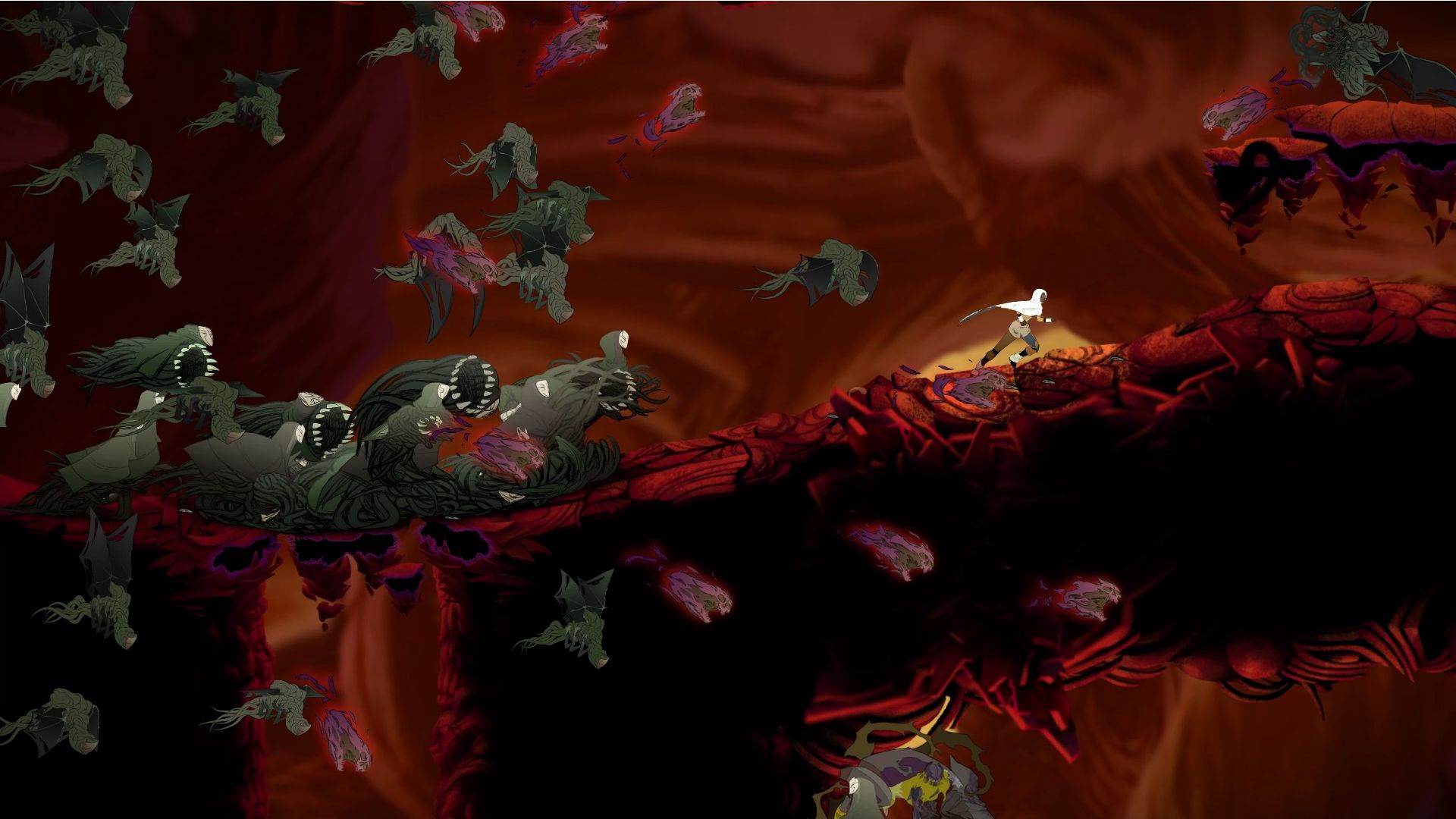 2D Metroidvania title Sundered from Thunder Lotus Games may have slipped under the radar when it released last year for PC and PS4. However, it’s now coming to Nintendo Switch on December 21st with Sundered: Eldritch Edition, offering some gorgeous side-scrolling action on the go. The game will be available via the Nintendo eShop – check out the trailer below.

Sundered focuses on Eshe, a wanderer who becomes trapped in a mysterious network of underground caves. Over time, Eshe discovers the various Eldritch horrors that dwell in the ruins, and must defeat numerous hulking beings to survive. Corrupted relics exist that could provide new powers, but may affect your humanity as a whole.

Sundered: Eldritch Edition will contain all updates for the game released thus far, including the Finisher Update. This adds new finishing moves to combos, re-balances and improves the early game’s pacing, adds new nodes to the skill tree, and even lets you re-battle any bosses that have been defeated. For full patch notes on the update, head here.