Plus check out the Wooded Kingdom and what you can find by simply exploring around. 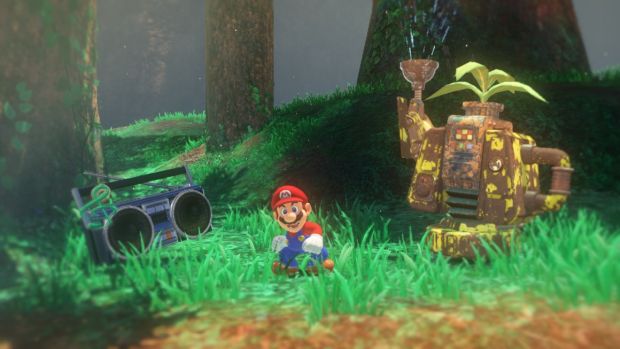 Nintendo’s Super Mario Odyssey is out later this week and while reviews will certainly go live before launch, there’s a palpable air of anticipation for what could be another Game of the Year contender for the Switch. That being said, there’s still plenty to the game we don’t know about like the co-op elements. A new gameplay video thankfully highlights what the co-op mechanics are all about.

Whereas you primarily control Mario in single-player mode, co-op sees the second player controlling Cappy, the sentient hat on Mario’s head. Cappy can move about on its own thanks to the second player but the first can still throw it as Mario when necessary.

Along with co-op, the gameplay video also highlights exploration in the WoodedKingdom, from capturing various creatures to purchasing new outfits. The Capture function is also on display and looks to be as easy to use as we thought.

Super Mario Odyssey releases on October 27th for the Nintendo Switch. Will you be picking it up? Let us know in the comments below.