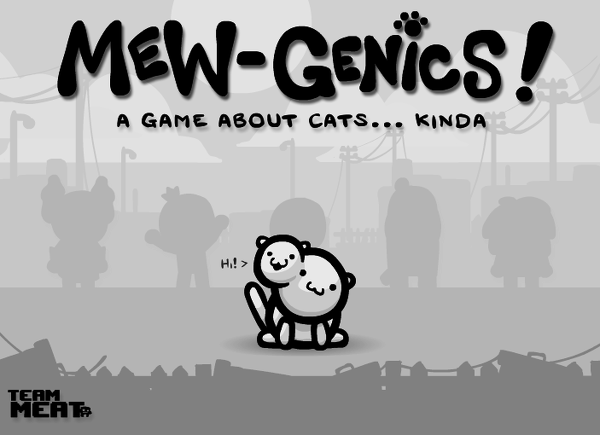 Super Meat Boy developers Team Meat have announced that their next official game will be called Mew-Genics, and that it will be focused on mutated cats (or something).

“Mew-Genics is by far the strangest project I’ve ever worked on… and that’s saying something,” wrote Team Meat’s Edmund McMillen in an announcement blog post. “Tommy [Refenes] and I are very happy with how development has been going on it and decided that Mew-Genics will be the next official Team Meat game.

“We don’t want to spoil too much here, but we can say the game will be randomly generated, strange and involve cats.”

It hasn’t yet been announced when the game will be released, or what it will be released on, but details can’t be far away. Meanwhile, the iOS and PC Super Meat Boy project has been put on hold.