Super Smash Bros. Ultimate Wiki – Everything You Need To Know About The Game

Everything you need to know about Super Smash Bros. Ultimate.

Coming with the tagline “Everyone is here”, Ultimate promises to be a consolidation and culmination of all Super Smash Bros. games till date.

Masahiro Sakurai, the creator of Super Smash Bros. and the director of every game in the series, is once again the director of Super Smash Bros. Ultimate, with his team Sora Ltd working alongside Bandai Namco Studios (who worked on Super Smash Bros. for Wii U and 3DS as well) working on development of the game. While there were questions subsequent to the game’s initial tease in March 2018 whether it would be a new entry in the series or an update to the previous instalment, similar to Mario Kart 8’s update for the Nintendo Switch, Nintendo later confirmed that Ultimate was a brand new game in the series, with a vast majority of the systems and mechanics being heavily reworked from the ground up. The engine used for the Wii U and 3DS games was also upgraded significantly to allow for better lighting and texture effects. 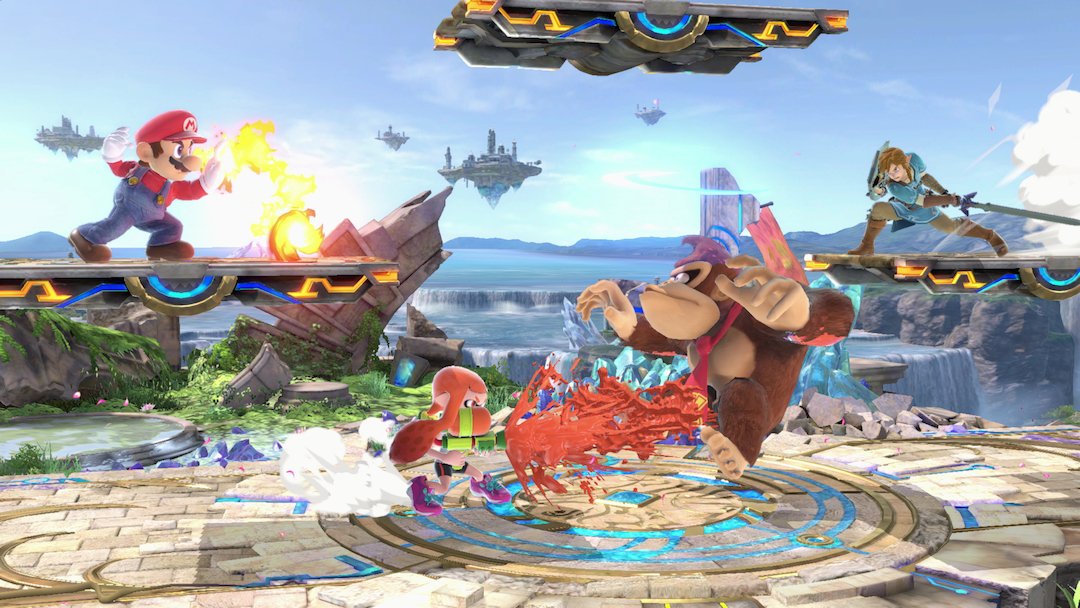 One of the main aims of the development team while making Super Smash Bros. Ultimate has been to speed up the action, for which they have made several changes to the gameplay, both big and small. For instance, Final Smashes have been sped up, and as such several characters have received completely new Final Smash moves. Characters also have higher initial speeds as well as higher deceleration while being attacked or launched, while during one vs. one matches with no items, damage is automatically increased to 1.2x. Air dodges also involve quicker movement, while full hops, midair jumps, and pummels have also been sped up, however the latter deal less damage than before. Meanwhile, taunts are also performed at a quicker speed, and can also be cancelled entirely. Screen KOs are also quicker, and shields also drop quicker, making the game more attack-oriented and less focused on defence.

Customizability is another central focus in Smash Ultimate, and it allows players to change several aspects of the game in varying degrees. For instance, the game contains over 900 tracks of music pulled from across all the franchises it represents (amounting to over 28 hours of music), which are now sorted by franchise rather than by stages, while playlists can also be created. Players can choose which tracks they want to listen to on which stage. Players will also be given the option to turn off the Smash Ball and instead replace it with a more traditional meter known an the Smash Gauge that gradually fills up. Stage hazards can also be turned off, while the game also allows players to make use of a new feature called Stage Morph, where two stages are selected, and the game shifts between stages in the middle of battles either at random or at intervals decided by the players themselves.

The core hook of Super Smash Bros. Ultimate is that it brings together every fighter that has ever featured in a Smash game, which means it has over 70 characters in total, and is the first game in the series since Gamecube’s Super Smash Bros. Melee to not cut any character that was included in the preceding game. At the beginning of the game, only twelve characters will be unlocked (the original twelve from the N64 game), though it has been confirmed that unlocking characters will be made easier, due to the sheer number of them included in the game. Series mainstays including the likes of Samus, Mario, Link, Pikachu, and more will obviously returning. 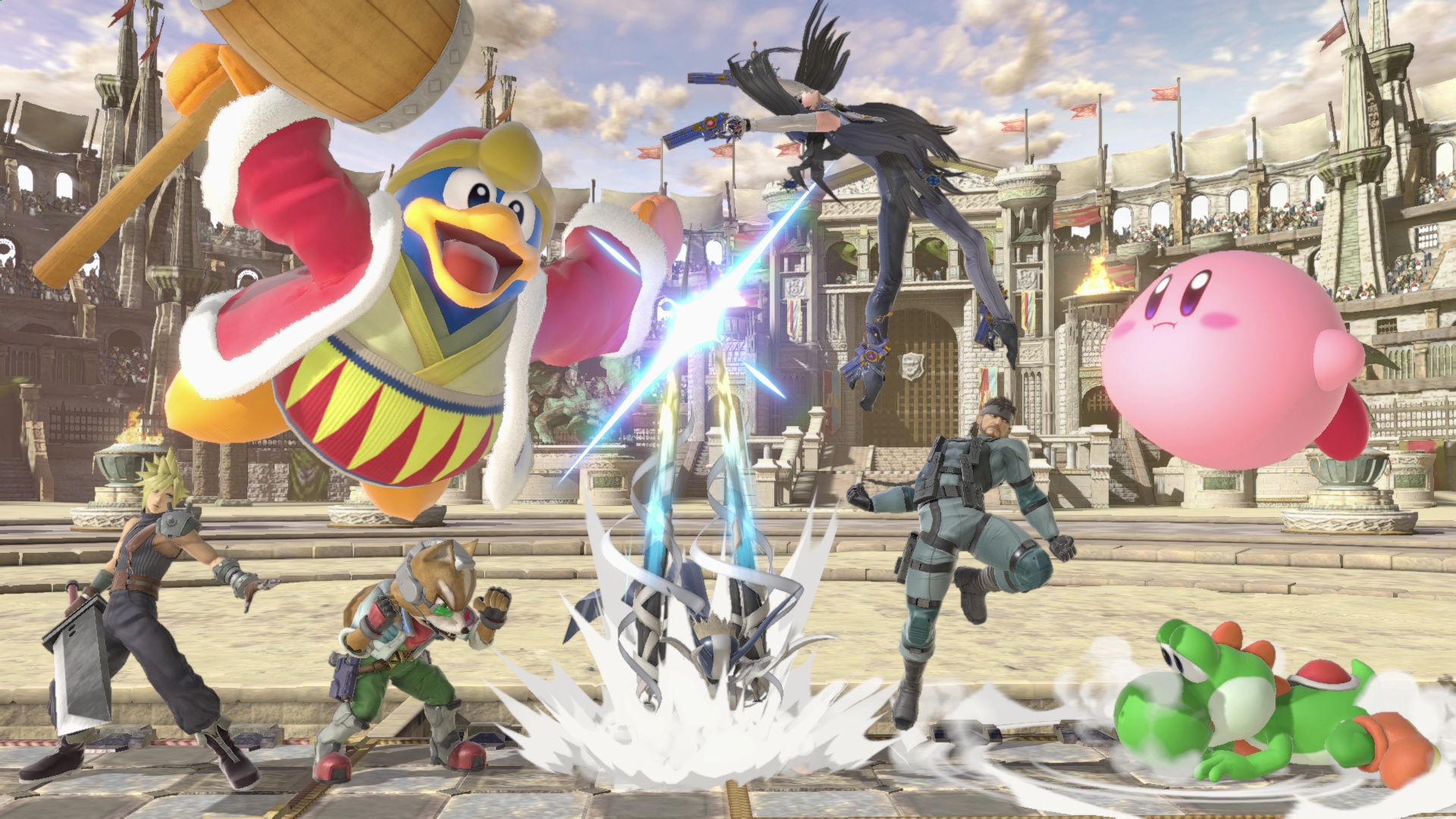 Meanwhile, other characters such as Pichu, the Ice Climbers, Young Link (making for three variations of Link in the game), and Metal Gear Solid’s Solid Snake are also going to return to the roster. Solid Snake will be voiced once again by David Hayter. Duck Hunt is also returning to the roster. Other returning characters from third party franchises include Cloud Strife from Final Fantasy VII, Ryu from Street Fighter, Pac-Man, Bayonetta, Sonic, and Mega-Man. Slight changes have also been made to the visual designs of Mario and Link, with Mario sporting Cappy from Super Mario Odyssey, and Link wearing the Champion’s Tunic, as seen in The Legend of Zelda: Breath of the Wild. Meanwhile, the Pokemon Trainer character also receives a significant change, and will be able to swap out Squirtle, Ivysaur, and Charizard at will and on the fly in the middle of battles. Players can now also play as a female Pokemon trainer.

Super Smash Bros. Ultimate will also of course feature several new characters, although Sakurai confirmed that it wouldn’t be adding as many new faces to its roster as previous games have in the past, simply due to its ambitions of bringing every Smash character together in a single game. One of the new characters is Ridley, one of the main antagonists of the Metroid series, who has been one of the most highly demanded inclusions in a Smash game for a long time. Splatoon’s Inklings will also be included in the roster as a new addition, and players will be able to play as both Boy Inkling or Girl Inkling. Dokey Kong antagonist King K.Rool is another new addition to the character roster in Ultimate.

Additionally, a major new addition to the roster from a third party franchise is Castlevania’s Simon Belmont. On top of that, Nintendo has also added Echo Fighters to Ultimate. These are characters that are based on other characters that are already in the game, and have more or less the same movesets and attacks as the characters they’re based on, with some minor changes, as well as changes to their visual design. These were previously known as clones. Lucina from Fire Emblem Awakening and Dark Pit from Kid Icarus return as Echo Fighters of Marth (who now has full English voice acting) and Pit respectively, having been clones of them previously as well. New Echo Fighters include Metroid Prime’s Dark Samus (based on Samus), Castlevania’s Richter Belmont (based on Simon Belmont), Fire Emblem Awakening’s Chrom (based on Fire Emblem’s Roy), and Mario’s Princess Daisy (based on Princess Peach). 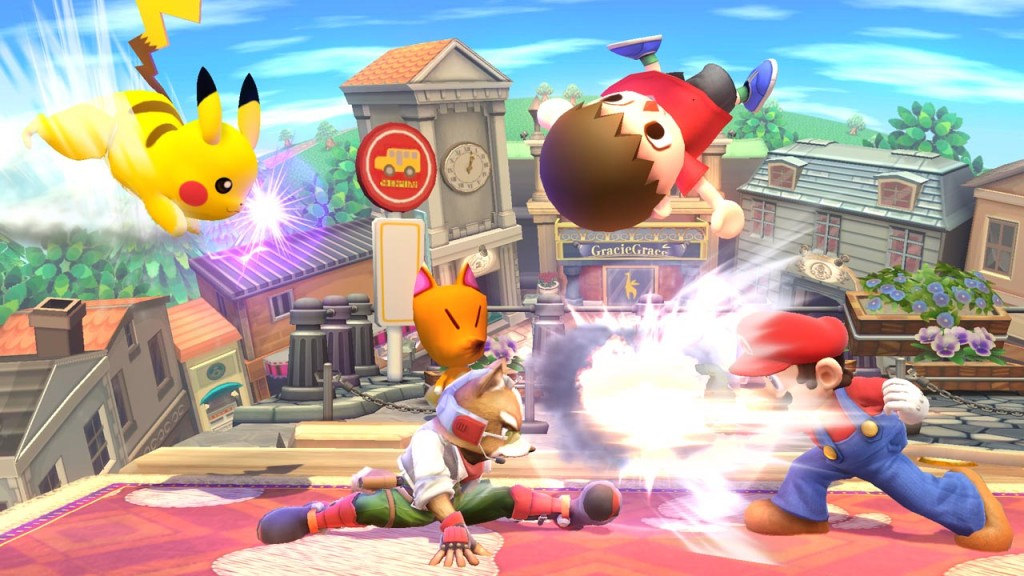 Several new characters are also being added as Assist Trophies. These include Shovel Knight, Konami’s Bomberman, Alucard from Castlevania, Rathalos from Monster Hunter, Kapp’n from Animal Crossing, Knuckles from Sonic, Rodin from Bayonetta, Zero from Mega Man, and Squid Sisters from Splatoon. New Pokemon, including Abra, the Alolan Exeggutor, Mimikyu, Alolan Raichu, Ditto, Bewear, and Alolan Vulpix have also been added. There will also be several new items in Super Smash Bros. Ultimate. The most prominent of these is the Fake Smash Ball, which looks almost identical to actual Smash Balls. These items will appear rarely, but if a players breaks one of these, all characters around it will be launched in the air. Other new items include Healing Field, Black Hole, the Castlevania-themed Death Scythe, the Kirby-themed Bomber, and the Fire Emblem-themed Killing Edge.

Super Smash Bros. Ultimate will include the traditional Versus mode, where four human or AI controlled fighters fight against each other, as well as the 8-player Smash mode. A single player campaign is also expected to be included, but details on this haven’t yet been released. New modes include Squad Strike, where each side chooses between three and five characters and uses them in fights one by one, Smashdown, where a fighter selected for a battle can’t be selected for the next one and players have to choose a different character, and Tourney mode, which is a 32-player knockout tournament.

Super Smash Bros. Ultimate also has a total of 103 stages, with 96 of these being returning stages from previous games and the remaining 7 being new additions. The new modes are Dracula’s Castle from Castlevania, New Donk City Hall from Super Mario Odyssey, Great Plateau Tower from The Legend of Zelda: Breath of the Wild, and Moray Towers from Splatoon. Just like ever other Smash game, Battlefield and Final Destination will also receive new renditions in Super Smash Bros. Ultimate, while there will also be another variation of Battlefield, called Big Battlefield. Smash Ultimate also adds the option to let players play in Omega or Battlefield forms of each stage. In Omega form, each stage will be reduced to a single platform, similar to the structure of Final Destination, while in Battlefield form, each stage will have a three platform design similar to Battlefield. In both these forms, the visual design and backgrounds for all stages will remain the same as their default forms.