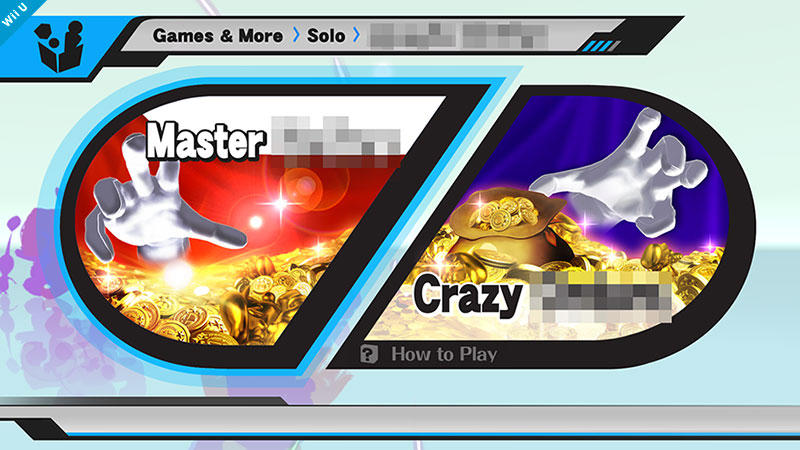 When Sakurai focused on the 3DS edition of the new Super Smash Bros. game, and unveiled a multitude of new, exclusive game modes for it, he did promise that exclusive modes would also be present in the Wii U game, but would be talked about at a later date. Now, with the release of the 3DS game safely behind all of us, he seems to be doing just that, as in a post on the Miiverse, he posted a cryptic picture that may be showing us two new, Wii U exclusive game modes for Super Smash Bros… without telling us anything more about them.

You can see the picture above (it was accompanied with just a cryptic, “Now, what mode is this…?!”); you can clearly see that at least part of both the mode names is blurred out, leaving us just with ‘Master’ and ‘Crazy’ who have traditionally been the bosses of Super Smash Bros. games. The picture also seems to indicate that these modes will be single player.

We don’t know much more about them, but we should soon. Hang on, and stay tuned.