Most of the gaming world is familiar with this ubiquitous fighting series, so an explanation as to the format of Super Street Fighter IV: Arcade Edition is barely necessary. For those among you who enjoy learning copious button combinations and stick movements, performing hugely satisfying ultra and super combos, and beating the living daylights out of people, then this is a pretty comprehensive package. 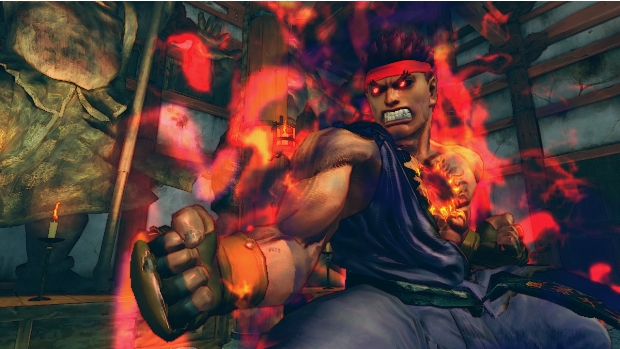 This is Ryu having a bad day

Capcom’s cashcow has been wheeled out again on both the PS3 and 360, the latest offering available both as DLC and a full-blown release. Suffice to say, should you already own one of the previous editions, think carefully about whether to part with more of your hard-earned cash as the new content is fairly subtle.

It speaks volumes that the latest release offers only a few minor tweaks, proving just how solid the title was when it first came out a few years ago. This time round, the most notable aspect is the inclusion of four new fighters tagged onto the extensive roster. It brings the total number of pugilists to a healthy 39 – all available from the start with no unlocking necessary! 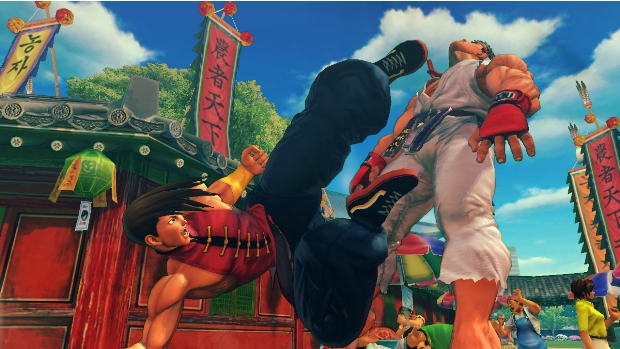 Hair style aside, Yang is a pretty good character

Beyond these new faces, Capcom has also been bigging up some balancing changes that have been made but again, only the most fanatical of players will probably notice – or care about – these.

One interesting addition, however, is the revamped replay mode that makes it easier to check out the abilities of some of the elite players and track their fighting prowess. The enhanced Replay Channel allows you to “follow” five other players and their replays, show off your own fight replays to up to 50 players, and tap into the Elite Channel where you can watch the greatest matchups of those who have earned a rating of at least 3000 PP. It’s a nice feature, especially if you want to see what the game and the characters are capable of. 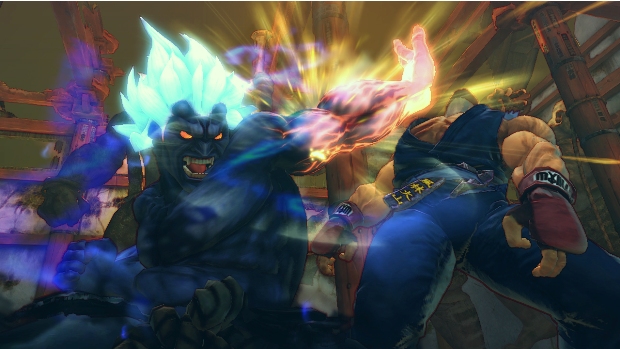 Oni is a powerful fighter with some great combos

Ultimately, SSFIV AE is a cracking title with loads of fighters, an array of moves and screen-busting combos, and some super fluid animations. Newbies should definitely grab a copy – as should the SF fanatics out there who scrabble for every scrap of content… and for that reason, this deserves a hearty score of 8. For the more casual gamers among us who already own a previous edition, perhaps a couple of points should be knocked off the overall score. It’s a great game but there’s not a whole lot of new content for the money.

Now with 39 fighters, this is still a fantastic game. Loads more moves to master, some great combos and fluid animations make this a real stunner. The replay mode overhaul is great for learning new tricks and following your favourite players

But is it really worth the money? The new fighters are good - especially Oni - but the balancing tweaks are so subtle that most people won't even notice the changes. Do we really need yet another update of a 2009 game?

The latest update to Street Fighter IV brings with it some balancing tweaks, replay options and a few new characters. The most comprehensive fighting package yet is perfect for those new to the series... but there may not be enough new content for owners of previous versions

A copy of this game was provided by developer/publisher for review purposes. Click here to know more about our Reviews Policy.
Tagged With: capcom, ps3, Super Street Fighter IV, xbox 360