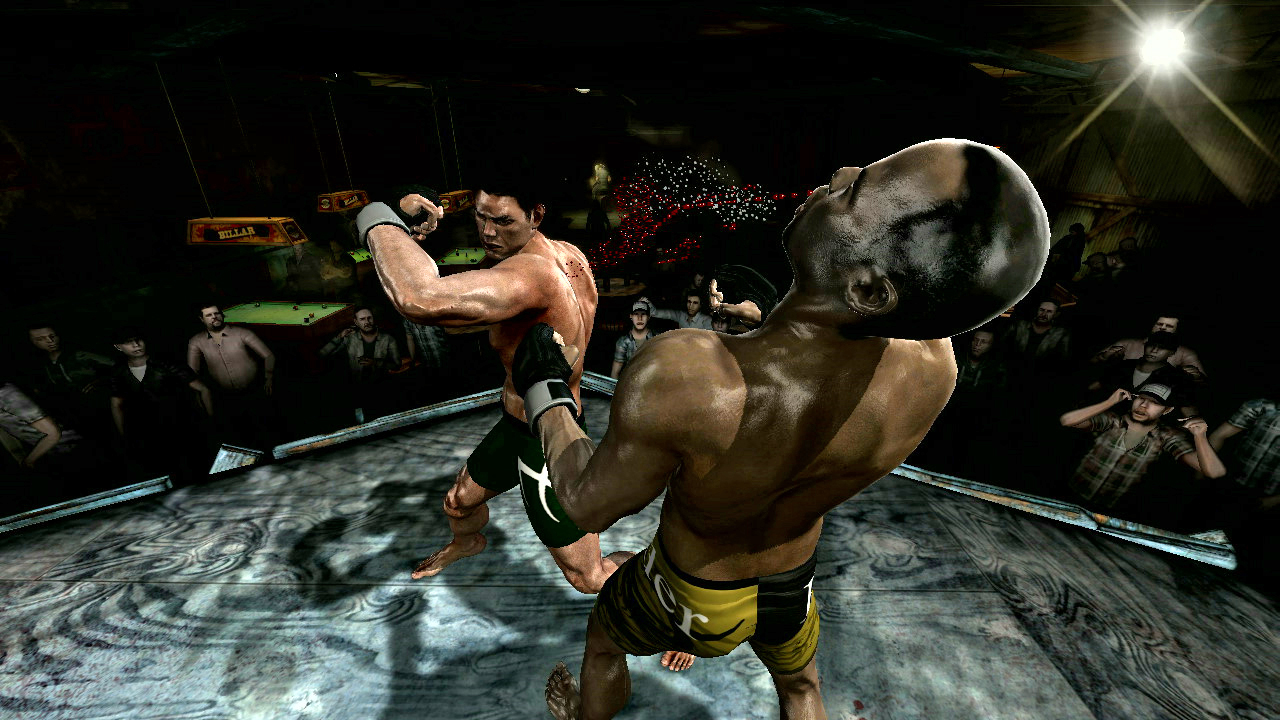 If you pre-order Supremacy MMA at Gamestop you’ll get the undefeated, Strikeforce 11-0 MMA fighter Shane del Rosario, that is exclusive to Gamestop as of right now. Supremacy MMA is slated for a June 7th release for the Xbox 360 and Playstation 3. Full Press Release for Gamestop’s pre-order bonus below.

“We’re big fans of Shane and excited to give completionists the chance to fill out their rosters and kick some serious butt,” said Ricci Rukavina, CEO and Creative Director, Kung Fu Factory.

“The fact that Kung Fu Factory hand-picked Shane to appear in the game while he was still an up-and-coming fighter is a testimony to how much they know, love and follow the sport of MMA,” said Peter Matiss, vice president of marketing, 505 Games.

Pre-order Supremacy MMA and expand your roster of fighters to include undefeated fighter Shane Del Rosario. Pummel your opponents as this invincible 6’4’’, 250 pound fighting machine. Known for both his incredible strength and speed, DEL ROSARIO holds the distinction of being the first American to become the WBC Heavyweight. His flawless record is crowned by the fact that every single one of his fights end in a KO or Submission, with only a single fight making it into the second round. Make them submit! Pre-order today!

Online Customers: A code with instructions on how to redeem SHANE DEL ROSARIO will be emailed to you when your game ships.

Store/In-Store Pickup Customers: A code with instructions on how to redeem SHANE DEL ROSARIO will be printed on your receipt at time of purchase.

Supremacy MMA brings the brutality of unsanctioned, amateur and unlicensed MMA fighting to the Xbox 360 and PlayStation 3 systems, favoring fast-and-furious gameplay and underground aesthetics over official branding and television-style presentation. The game raises the bar in the MMA space by bringing an unprecedented level of fast, fluid combat, intuitive controls and true-to-the-sport brutality, telling the story of up-and-coming fighters in their quest for supremacy.

About 505 Games
Based in Los Angeles, CA, 505 Games (U.S.) is the North American division of 505 Games, a global videogame publisher. Launched in the U.S. in 2008, 505 Games publishes quality interactive entertainment on all handheld, mobile and console gaming platforms, offering a broad selection of videogame titles in all genres for players of all ages.

For more information on 505 Games and its products please visit www.505games.com

About Kung Fu Factory
An independent videogame developer driven to bring its seasoned perspective of combat and violence to the interactive entertainment world, the Kung Fu Factory team consists of leading game and technology experts best known for their collective work on titles like the original UFC (Dreamcast), The Warriors, Mortal Kombat: Armageddon, Scarface, True Crime and most recently UFC Undisputed 2009.  Founded by industry veterans and childhood friends Daryl Pitts and Ricci Rukavina, KFF’s primaries have worked in the industry for nearly two decades.