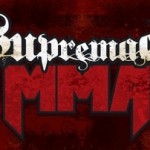 Supremacy MMA is adding a whole bunch of new tracks to the game and of course they will be that underground power metal that drives you to bash someones skull in.  Underground music for an underg... Read More

I had been previewed Supremacy MMA before it came out and the idea of the game sounded pretty cool.  A more arcade style MMA games rather than how the past MMA games have been presented as far as con... Read More 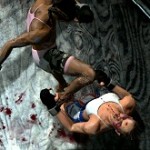 [HTML1] The latest MMA fighting sport game, 'Supremacy MMA', is now available from 505 Games and developers Kung Fu Factory, while the UK will have to wait until September 23rd, it is now available i... Read More

Check out these new screenshots from Supremacy MMA. This game is published by 505 Games. Supremacy MMA brings the brutality of unsanctioned, amateur and unlicensed MMA fighting to videogame fans... Read More

[HTML] The latest Supremacy MMA trailer puts the most bone crunching gameplay into a symphonic masterpiece.  The trailer is a piece of brutal elegance, that any MMA fan will enjoy, and with the game... Read More

If you pre-order Supremacy MMA at Gamestop you'll get the undefeated, Strikeforce 11-0 MMA fighter Shane del Rosario, that is exclusive to Gamestop as of right now. Supremacy MMA is slated for a Jun... Read More

The latest video for Supremacy MMA from 505 Games is an interview with the proud ladies to be the first women in an MMA video game. Women have actually been in the MMA Sport for a long time this ... Read More

Finally we will get to see some girls in the MMA ring in Supremacy MMA. 505 Games has announce that female fighters Felice “Lil Bulldog” Herrig and Michele “Diablita” Gutierrez will be in Su... Read More

Here is the latest trailer for Supremacy MMA, that has some story, maybe but not much and some really amazing graphics in the video... well actually not... at all just drawings.  But there is other... Read More