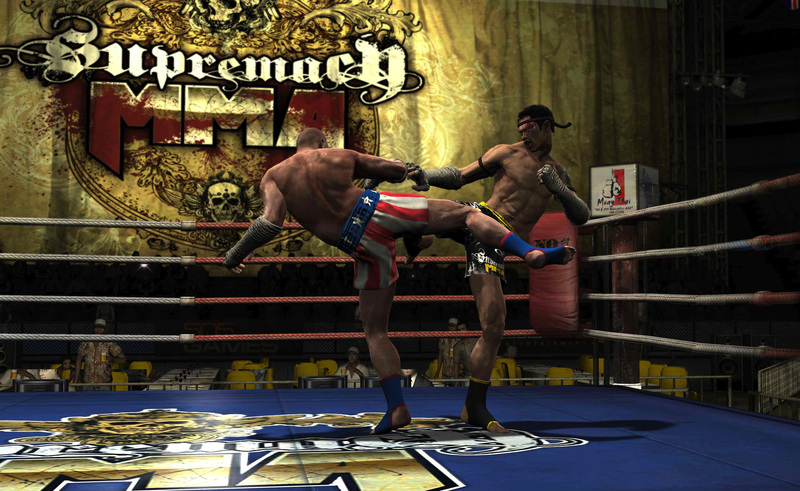 Supremacy MMA is adding a whole bunch of new tracks to the game and of course they will be that underground power metal that drives you to bash someones skull in.  Underground music for an underground MMA scene, seems quite suitable to me.  This also gives these underground, unsigned metal artists a chance to get their music out there with the help of 505 Games and Fung Fu Factory.  Supremacy MMA will also be hitting the PS Vita once the handheld console is launched as well, so look out for that.

Back to the roster of metal musicians which the ones that are already signed are courtesy of Victory Records and Sumerian Records. Director of the games developer Kung Fu Factory, Ricci Rukavina, says “This collection of songs represents a great variety of what metal has to offer, delivering a powerful and passionate music line-up for the Supremacy MMA underground fighter storylines”. The Final In-Game Track List will include:

A Thousand Shades of Cold –“Bullet Train to Tokyo”

A Thousand Shades of Cold – “Suddenly”

Aenimus – “The Grasp of Ruin”

Etched in Stone – “Birth of Unknown”

Journal – “Conducting With Passion From The Grave”

Rings of Saturn – “Seized and Devoured”

The Rose Line – “Despite All Reasons”

The Rose Line – “Become the Hunted”