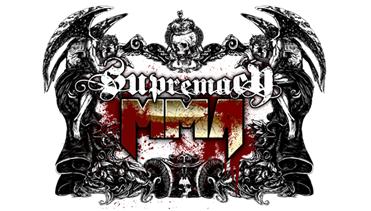 Finally we will get to see some girls in the MMA ring in Supremacy MMA. 505 Games has announce that female fighters Felice “Lil Bulldog” Herrig and Michele “Diablita” Gutierrez will be in Supremacy MMA.  Female fighters are much bigger in the world of MMA than people might realize.  You might not see them in the UFC yet but they are fighting and training just as hard as some male fighters. After getting a preview of the game at last years E3 it seemed like a very cool game that separates itself from the current MMA games on the market now. I got the feeling the game would be a mix of a classic fighting game mixed with todays MMA style gaming. Supremacy MMA will be released sometime in June, 2011, on Xbox 360 and Playstation 3.  Here is the Official Site (http://www.supremacymma.com) and the full Press Release below.

“Female fighters are not represented in MMA games and face a giant glass ceiling in the fighting world,” said Ricci Rukavina, CEO and Creative Director, Kung Fu Factory. “We’re proud to be a part of raising their profile and giving these tough-as-nails fighters their due in the virtual cage.”

“Being one of the first women to represent MMA in a videogame is a dream come true for me,” said Herrig. “This is our chance to finally show gamers that female fighters can hold their own.”

“Joining the roster of fighters for Supremacy MMA is definitely awesome,” said Gutierrez. “The game takes a totally different approach to MMA so I think it’s perfect that this is the game that features women for the first time.”

“Bringing playable female fighters to fans in Supremacy MMA represents the strong stance we’re taking in bringing a totally unique game to market,” said Peter Matiss, VP of marketing, 505 Games. “Michele and Felice fight with the same ferocity and heart as any other fighter, regardless of gender, and we are proud to represent these strong, determined women in our game.”

Supremacy MMA brings the brutality of unsanctioned, amateur and unlicensed MMA fighting to the Xbox 360 and PlayStation 3 systems, favoring fast-and-furious gameplay and underground aesthetics over official branding and television-style presentation. The game raises the bar in the MMA space by bringing an unprecedented level of fast, fluid combat, intuitive controls and true-to-the-sport brutality, telling the story of up-and-coming fighters in their quest for supremacy.

###
About 505 Games
Based in Los Angeles, CA, 505 Games (U.S.) is the North American division of 505 Games, a global videogame publisher. Launched in the U.S. in 2008, 505 Games publishes quality interactive entertainment on all handheld, mobile and console gaming platforms, offering a broad selection of videogame titles in all genres for players of all ages.

For more information on 505 Games and its products please visitwww.505games.com
About Kung Fu Factory
An independent videogame developer driven to bring its seasoned perspective of combat and violence to the interactive entertainment world, the Kung Fu Factory team consists of leading game and technology experts best known for their collective work on titles like the original UFC (Dreamcast), The Warriors, Mortal Kombat: Armageddon, Scarface, True Crime and most recently UFC Undisputed 2009. Founded by industry veterans and childhood friends Daryl Pitts and Ricci Rukavina, KFF’s primaries have worked in the industry for nearly two decades.