Two Star Games' title about piloting a weaponized train to hunt down a demon locomotive called Charles is out this Winter. 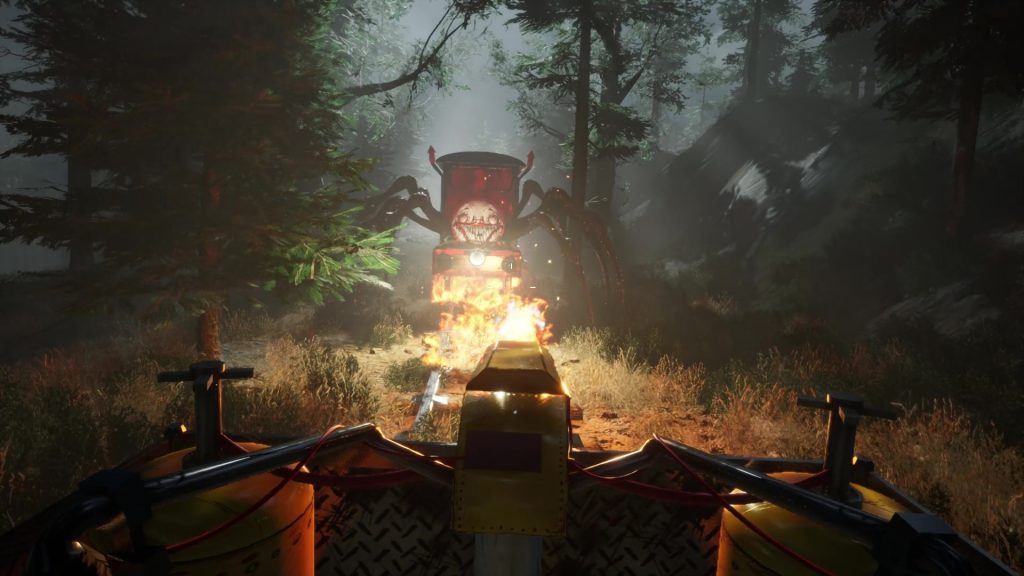 Two Star Games’ open-world survival horror title Choo-Choo Charles has a release date. It’s out on December 9th for PC via Steam, with a console release planned for next year. Check out the latest trailer below if you need a reminder of how terrifying Charles can be.

Announced last year, Choo-Choo Charles is about a demonic locomotive which roams the world. Your job is to slay it – an impossible task from the outset, especially given your dinky little train. Nevertheless, by scavenging parts, it can be upgraded and utilize different weapons, from a flamethrower and machine gun to heavy cannons and a rocket launcher.

Other interesting aspects include a cult that seemingly worships Charles and an egg that could be the demon locomotive’s offspring. Time will ultimately tell, but it’s shaping up to be a memorable adventure. Choo-Choo Charles is developed by a single person, Gavin Eisenbeisz, and went viral last year. Stay tuned for more details en route to its PC release.