More smoke in the air.

We’ve been covering for a while that rumors are swirling about potential Switch revisions coming soon. There are two revisions of the hardware allegedly coming soon: a smaller, more portable-focused version, and a version with a specs boost. While the latter has no buzz as of yet, we have seen a lot for the Mini version, and more comes today from the UK.

We reported before that a Chinese retailer is already starting to talk about accessories for the “Switch Mini,” which you can read about here. Now, another part of the world is possibly leaking accessories as UK accessory publisher, Bigben, has had what is supposedly a case for the smaller Switch come out. You can check it out below.

The first thing that jumps out is that the case says “Mini Switch. 2” on the cover. This could be a codename for the product, since there isn’t a finalized name as of yet, or could just be something we need more context to understand. While we always take leaks as speculation here, it definitely seems there’s a lot of smoke to this “Switch Mini”, and the fact that Nintendo is being so coy about it makes me think we’ll be seeing it soon. 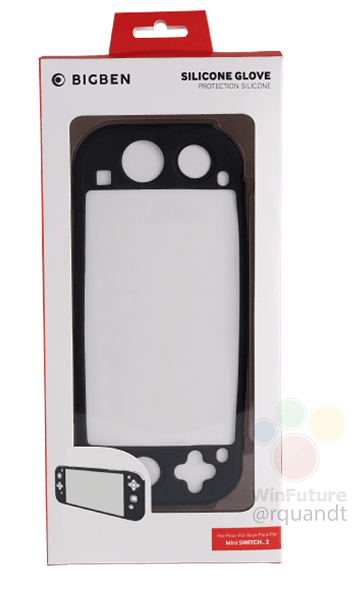