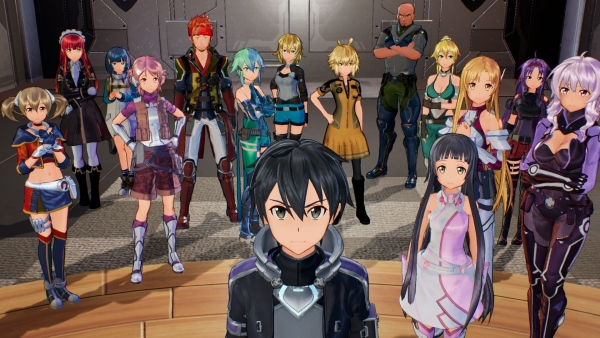 Bandai Namco’s support for the Nintendo Switch has been an exercise in befuddlement so far. The company has, frankly, stayed away from actually properly supporting the system at all- but on the other hand, they have partnered with Nintendo on bringing multiple of their own games to the system, including Pokken, Mario Kart, ARMS, and apparently, the upcoming Smash Bros. and Metroid Prime 4, too.

That said, the company may now finally be willing to bring its own properties over to the console as well. Speaking in a recent Bandai Namco livestream, Sword Art Online series Producer Yosuke Futami and Sword Art Online: Fatal Bullet Producer Keishi Minami both stated that Sword Art Online games could come to Nintendo Switch in the future.

Given that there is a fairly substantial overlap between Nintendo and anime fans by all accounts, this will probably be good news for quite a few Switch owners.