Designer and programmer Víctor Pedreño speaks with GamingBolt about the upcoming dungeon crawler.

Posted By Shubhankar Parijat | On 13th, Jan. 2020 Under Article, Interviews

Sometimes, there’s nothing quite like a good, addictive, mechanically solid dungeon crawler. With their upcoming title Sword of the Necromancer, developers Grimorio of Games might be on track to deliver just that. Combining its roguelite elements and classic dungeon crawling with an interesting mechanic to revive monsters, it certainly seems to be promising something interesting. Curious to know more about the game, we recently sent across a bunch of questions to the developers. You can read our conversation with the game’s designer and programmer Víctor Pedreño below. 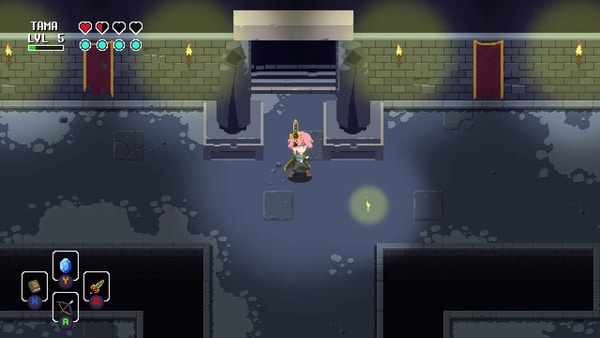 "Some bosses will be static, others will move around, or will send minions… We will try to have variety in that aspect to make the player exploit their summoned monsters’ abilities."

Obviously, I assume you might not be able to go into too much detail in order to avoid any spoilers, but what can players expect from Sword and the Necromancer when it comes to boss design and how much they vary from each other?

Most boss fights will be against a big enemy you can gang up against with your summoned monsters, those bosses will be using big attacks that can hurt everyone, you will have to be careful and plan how you use your monsters so you don’t lose them early on and end fighting alone (which is a valid strategy by itself, going full on attack by yourself). Some bosses will be static, others will move around, or will send minions… We will try to have variety in that aspect to make the player exploit their summoned monsters’ abilities.

With a game like Sword of the Necromancer, I imagine the answer to this question will vary a lot from player to player, but roughly how long would you say an average playthrough of the game will be?

It’s a difficult thing to tell, as you say this will vary a lot from player to player, but we also have to factor the randomization of rooms and enemies. I wouldn’t like to give much detail to avoid spoilers: we’ll have a “Story mode” that won’t be especially long (anyway that will depend on the player’s skill and also a bit of luck), but we plan to add different side modes like your usual “Endless Dungeon” mode, present in many Rogue-likes.

Can you talk about the Code Scanner, and how that factors into the game?

The Code Scanner is one of the Nintendo Switch’s exclusive features. It lets you use the right Joycon’s camera to read QR-like codes and get items and monsters (some could even be unobtainable in other ways). Our plan is to share those codes via social media and also distribute them physically as cards (one side being the code, the other an illustration of the item or monster it contains).

Using this “IR Codes”, as we’ve called them, will not be required at all to beat the game, but will serve as a help to the player. Also, scanning will be limited so they don’t end up being exploitable.

How much of an impact down the procedural weapon generation system have on how much they vary from each other? Could you give us a couple examples?

In Sword of the Necromancer there are 5 types of weapons: swords, spears, axes, bows and magic tomes (grimoires). Each type has several subtypes that change some of their attributes like reach or how the charged attack behaves. On top of that, each weapon and item can have up to 4 “skills”, which go from stats increase (like +3 health) or adding an element to the weapon (like fire, ice and thunder) to passive abilities like creating an explosion in retaliation to an enemy attack. Think more or less on how Hollow Knight’s charms work.

Each time you come into a chest, that chest will generate an item according to your progress (so the more far you’re into the game, the more chances you have to get better weapons). In the beginning weapons will be pretty similar, but as you get into the depths of the dungeon they will start to be more and more different. 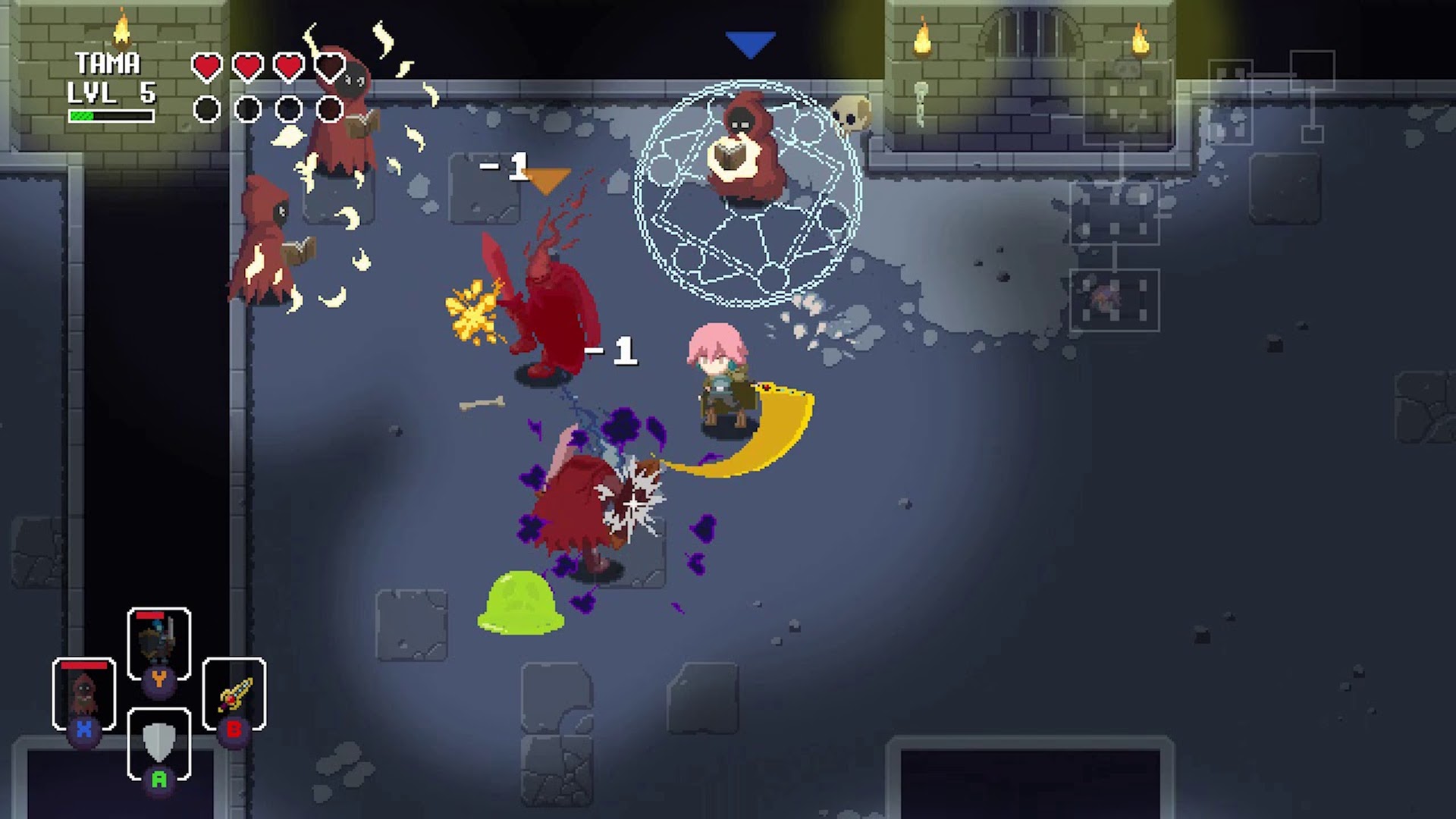 "We are developing the game with the Nintendo Switch in mind, but of course we would like the game to be on as many platforms as possible. That way more people can play it. The reason we’ve started developing for Switch and not other console is because of its portability."

Can you talk about the resuscitation mechanics, and how bringing back enemies to fight for you is implemented into the gameplay experience?

When you defeat a monster in the dungeon, you can approach it and use the Sword of the Necromancer to revive it and be able to summon it. You can have up to 3 monsters, which will act independently when summoned. Each monster has its own behavior and attacks, some will chase other enemies, others will stand by you to defend you, and others can even heal you and your summons.

You can mix and match these monsters to create a little army and fight alongside them. Letting the monsters on their own will probably result in them dying every time (thus, losing them forever), so you have to cooperate with them to get the best of them.

You can also choose not to revive enemies and fight on your own using weapons or items. Weapons, items and monsters all take up a slot from the 4 you have, each one assigned to one of the face buttons of the controller. One of them is always occupied by the Sword of the Necromancer, so that leaves you with 3 actual slots. How you balance these slots (using all monsters, all weapons, a balance between that…) is up to you and your playstyle.

Why did you decide to launch as a console exclusive for the Switch?

We are developing the game with the Nintendo Switch in mind, but of course we would like the game to be on as many platforms as possible. That way more people can play it. The reason we’ve started developing for Switch and not other console is because of its portability.

Do you have any plans to launch on PS4 on Xbox One?

We plan to release the game next year, after summer. That means that PS5 and Xbox Scarlett will be around the corner, so it would be wise to release the game on those, but releasing it on the (by then) previous generation too is always a possibility. As I said we want as many people as possible to play and enjoy the game.

As an indie developer yourself, what are your thoughts on the Switch, which has quickly become a haven for indie games?

Nintendo Switch is a match made in heaven for indie developers. It’s powerful enough, portable, you can assume everyone can play with a friend (at least until the Switch Lite’s release) thanks to the detachable Joycons and has a lot of nice little features you can take advantage of to make special experiences. Also it’s pretty easy to program for and Nintendo gives awesome support with easy-to-use libraries for its features.

As for the Nintendo Switch users, they are more prone to play indie games as they usually favor originality in the gameplay or setting rather than raw power and graphics that you can expect from high-budget productions. So it’s not a mystery indie games are better received and sell better on Nintendo Switch.

SSDs main advantage will be faster access to files, which means faster loading. Coupled with better VRAM, that would mean better textures and lower load times for games. 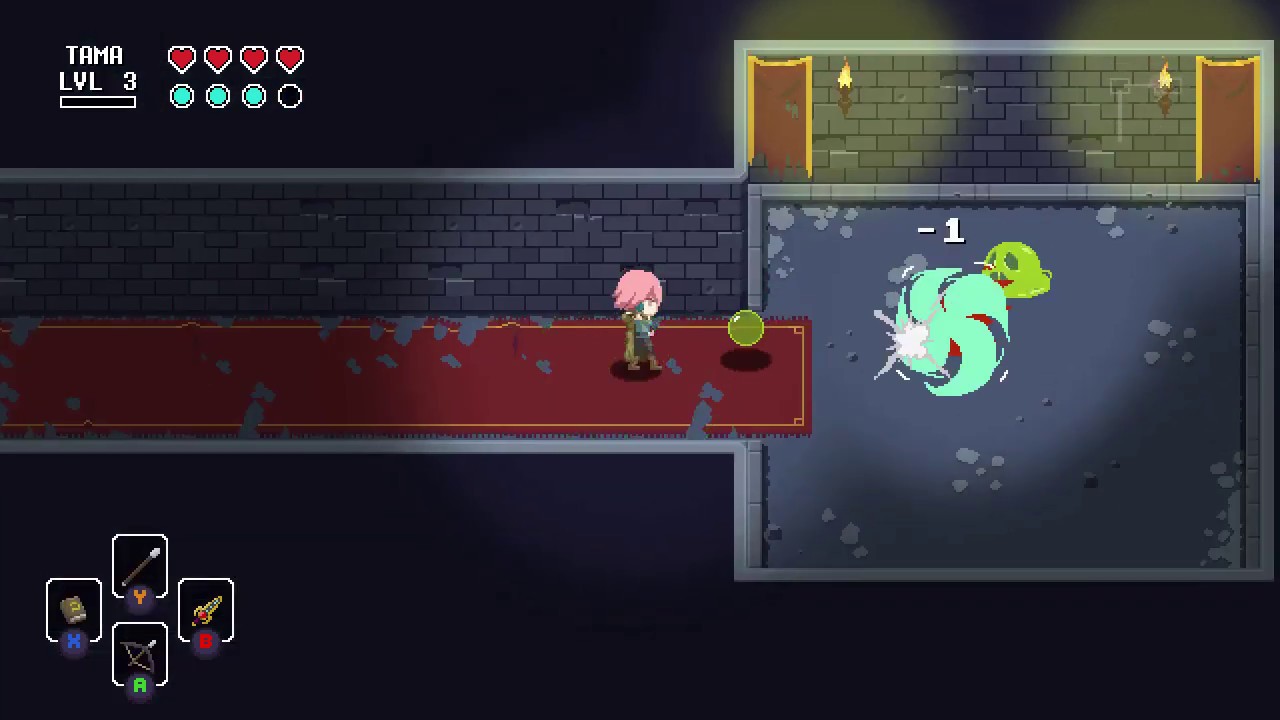 "We are in a time where the leaps in graphics won’t be as noticeable as in, for example, the PS1 to PS2 or PS2 to PS3 jump. There’s still lots of room for improvement, but that will have to come from a design standpoint rather than just pure horsepower."

Speaking of next-gen hardware, something else that the PS5 and the Xbox Series X are both going to have is a Zen 2 CPU- how big of a leap is it over current gen hardware in your view, and how is it going to help development?

Supposedly, that’s going to be at least three or four times as powerful as the PS4’s processor. For developers like us that’s not going to change much, as we are more than fine with the current gen’s hardware to make the games we make. But any extra power is of course more than welcome.

Similar to the SSDs, faster access times. We are in a time where the leaps in graphics won’t be as noticeable as in, for example, the PS1 to PS2 or PS2 to PS3 jump. There’s still lots of room for improvement, but that will have to come from a design standpoint rather than just pure horsepower.

I don’t think it will differ much from the HD Rumble that the Nintendo Switch already has, and which not many games use for gameplay aside from Super Mario Odyssey (and maybe Senran Kagura Reflexions). I think features like the DualShock 4’s Touch Pad were way more interesting, yet they remained unused by most games on the platform, so I can imagine the haptic feedback in the controller meeting a similar fate.

Tagged With: Grimorio of Games, nintendo switch, pc, sword of the necromancer