Posted By Rashid Sayed | On 16th, Feb. 2011 Under News | Follow This Author @GamingBoltTweet 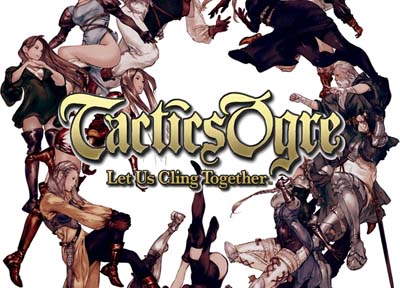 The remake of Tactics Ogre: Let Us Cling Together on the PSP system will challenge novices and veterans alike with significant new content, including an entirely updated storyline featuring: dynamic characters, dramatic choices, engaging plots and even more pitched battles. The remake also features innovative changes to the battle system, class and character levelling mechanics, and even the combat interface, which all serve to streamline its classic tactical gameplay, making battles more intuitive and most importantly, fun.

What continues to distinguish Tactics Ogre: Let Us Cling Together from the FINAL FANTASY TACTICS titles it precedes is a significantly more complex and dramatic storyline, which is greatly impacted by the choices players make during their adventures. Allow a village to be slaughtered or side with a particular warlord in battle and the player may gain new allies, sow new enemies and push the story in entirely new directions.

In order to provide players with an opportunity to experience the multitude of branching pathways and many varied endings, Tactics Ogre: Let Us Cling Together has also introduced two new systems, the World Tarot and the Chariot Tarot, which allow players to rewind both key battles and critical plot points in an effort to change their fate.

Tagged With: psp, tactics ogre: let us cling together