Two relatively recent indie titles come for the Xbox One side of things and two classic Japanese franchise on the 360. 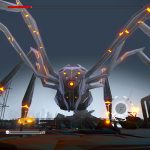 Aaero Dev On Whether Xbox One X Is Powerful Than Most PCs: If You Want The Best Performance, Go PC

"There’s always going to be PCs out there that are at the cutting edge and surpassing consoles."

Also comments on whether Xbox One X will help Microsoft to catch up with Sony.

"I don’t think that’s the objective with the One X."

"I’m tired of every announcement having a swath of negative backlash."