Check out these Armored Core 5 wallpapers in HD. You can use these wallpapers for your PlayStation 3, iPad, Computer desktop and other similar devices. The Armored Core franchise is renow... Read More

[drop-cap]N[/drop-cap]amco Bandai have release some new screenshots for it’s upcoming Armored Core V. The game is due on the PlayStation 3 and Xbox 360 in January 2012. 362... Read More 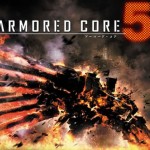 Trailer: [HTML1] Singleplayer footage: [HTML2] Team Play footage: [HTML3] What do you think about the game? Tell us in the comments section below.Read More 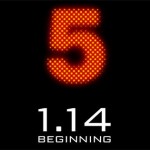 [HTML1] Namco Bandai have released the reveal trailer for Armored Core V and it looks insane. The game will come out on the PlayStation 3 and Xbox 360. Stay tuned to GamingBolt for more news and upda... Read More

Famitsu has reported that Armored Core 5 is pushed back into 2011. The From Software title was slated for a 2010 release, but it seems like that won't happen. The game is due for release for t... Read More