A new report reveals potential details on the setting for the next BioShock game- an Antarctic city in the 1960s called Borealis.

BioShock 4 Will Use Unreal Engine 5, as Per New Job Listing

A job listing for the position of Senior Gameplay Programmer at Cloud Chamber suggests that the next BioShock game is being built on Unreal Engine 5.

BioShock 4 Could Utilize An Open World Setting, Per Job Listing

The next title in the franchise could go open world. 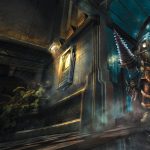 It also confirms the game is a long way out.

Next BioShock Will Be In Development For “Several Years,” Per Publisher

Don't expect to see this one anytime soon. 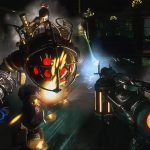 BioShock 4 Has Reportedly Been In Development Since 2017

Work on it actually began in 2015, but development was rebooted.