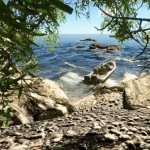 We have had AI enemies like those in Killzone, who just screamed 'DIEEEEE!!!!' and died themselves. Then we've had Gears of War, which has superb enemy artificial intelligence. Crysis 2 will be much l... Read More

[drop-cap]A[/drop-cap] really cool mod for Crysis has been released which converts the visuals in to cell shaded graphics. As you can see from the screens below,  Crysis resembles to Borderlands whic... Read More 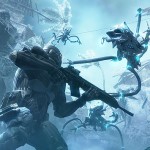 [HTML1] As you all might remember, GTTV recently revealed the first gameplay footage of Crysis 2. Now someone's gone ahead and edited it only te gameplay footage remains, leaving you with more than f... Read More

[This article will continue to be updated as developments unfold, stay tuned!] Peter Watts, the Canadian science fiction author who wrote the story to Crysis 2 and Homeworld 2, has been found guilt... Read More