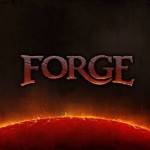 Some great deals for the game at certain outlets.

The game is exclusive to the PC and will be releasing on December 4 for $19.99 via digital distribution.

The action MMO beat out several competitors to enter into the vaunted vaults of the Steam Store.

Forge to be Unveiled at PAX Prime for First Time

Check out the gameplay trailer for Forge

FORGE plays like a third person shooter, but with the abilities, strategy and pace of MMO PvP combat. It is built with a focus on fun and accessibility, but with the attention to detail and balance of... Read More