Dambuster Studios explains how the FLESH system enables realistic damage on zombies while still being exaggerated and fun.

Dead Island 2 Skill Deck System Detailed, is “the Most Exciting Addition to the Game”

You can take some real risks with your loadout. It sometimes pays off, it sometimes goes horribly wrong," says creative director James Worrall.

Dani hits hard and wipes out multiple foes at once. Jacob focuses more on quick hits and Criticals, and Dani is good at throwing weapons.

Ryan gains a moderate boost to force when blocking or dodging an attack and some health regeneration when knocking down a zombie. 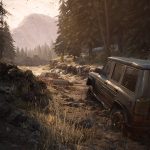 Development is in the "final straight," as per Dambuster Studios, with a new trailer and gameplay to be showcased on December 6th.

Dead Island 2’s Weapons Will Degrade, but the Game Will be Generous with Equipment

Weapons in Dead Island 2 will break, but the design director defends it by saying that nothing is more satisfying than breaking a katana into a zombie's skull.

Dad Island 2 has finally resurfaced- here's everything new that we've learned about it.

Dead Island 2 is Not an Open World Game

Dead Island 2's world will be divided into several smaller districts that will get unlocked as players progress through the story.

Dead Island 2 is Exclusive to the Epic Games Store on PC, Deluxe and Gold Editions Detailed

The action RPG also has an Expansion Pass, though its exact contents are unknown. Pre-orders also net the Memories of Banoi pack.

Learn more about the zombie-slaying action RPG, from the use of elements and weapon customization to various ability cards.

Dead Island 2 Re-Revealed, Out in February 2023

The long-awaited sequel has finally got its long-overdue reveal. The game is due out for PlayStation, Xbox, and PC in February 2023.