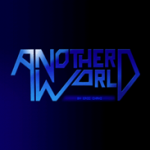 Another World Released On iOS Today

[HTML1] DotEmu have released a remastered version of Eric Chahi's cinematic side-scroller on iOS today and it is available on both iPad and iPhone for $4.99. If you haven't experienced this classic... Read More 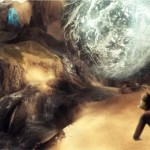 Its the old adage that 'a good game does not necessarily a good port make'. The game itself is as it is on console versions, its just that PC gamers require an Internet connection every time they laun... Read More

From Dust gets PC release date and dev diary

Eric Chahi: “The less it costs, the better it is”

Eric Chahi, designer of 'Another World' and the upcoming 'From Dust', in a recent interview with CVG was discussing the comments Cliff Bleszinski made at GDC about modern day developers having either ... Read More

Another World Being Ported To iPhone And iPad

Eric Chahi's sci-fi adventure classic 'Another World', also known as 'Out Of This World' in the US, is coming to iOS. Developer DotEmu and publisher BulkyPix will be handling the port and seem to ha... Read More