Final Fantasy 14: Endwalker Patch 6.2 Will Be Coming Out in Late August, Details Revealed

Final Fantasy 14 director and producer Naoki Yoshida has revealed details of Endwalker's patch 6.2, along with a release window, and more details about Island Sanctuary.

Naoki Yoshida, producer and director of Final Fantasy 14, gives an update on the ongoing housing lottery problem in the MMORPG.

New Main Scenario Quests and side quests are coming along with a new Dungeon, Trial, Alliance Raid and the Duty Support System. 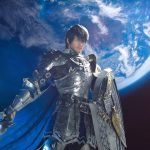 Square Enix has shared more details regarding the upcoming lottery system for housing and land sales in their MMORPG Final Fantasy 14.

Final Fantasy 14's developers have suggested that new in-game areas for the MMORPG might be in the works, including an entirely new continent.

Naoki Yoshida and Toshio Murouchi recently introduced the new content that is being added to the MMORPG with its upcoming update.

Final Fantasy 14 is set to host its annual Little Ladies Day event on March 14, and more info is to be revealed on March 7.

Final Fantasy 14 Will Receive its First Ever Graphical Update with Patch 7.0

This will include updates to character models and environments, entailing improved lighting, shadows, shaders, and more.

New players can once again experience the entire base game, Heavensward and all content up to patch 3.56 for absolutely free.

The level 90 raid requires a party of eight players and awards tokens for per completed circle, which can then be exchanged for gear.

"Although we were unable to add new Worlds, we have implemented every other measure that was possible," Square Enix says ahead of the expansion's imminent launch.