Ray tracing will have two presets - Ultra and Extreme - with the latter adding full-resolution reflections in ForzaVista, Free Roam, and Races.

"We'll have more to share after we enter the new year," Playground Games says about the open world racer's next expansion.

The new Horizon Origins Story, Midnight Battles, classic cars and tracks from across the series, and much more are coming next week. 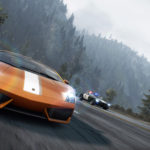 From high-octane arcade racers and detailed simulations to simcades and kart-racing, the industry has seen some incredible racing games till date.

Appropriately enough for one of the best racing games of its time, Forza Horizon 5's first expansion is an unmissable experience.

Developer Playground Games has revealed a top-down image of the new and whacky open world map that serves as the upcoming expansion's setting.

The expansion, which launches on July 19, will be available very early on in the base Forza Horizon 5 experience, which means new players won't have to do too much to be able to jump in.

Just like Forza Horizon 3 before it, Forza Horizon 5 will be delivering Hot Wheels-themed content with its first major expansion.

Forza Horizon 6 is Seemingly in Development, According to Job Listing

A recent job listing for a level designer at Playground Games has seemingly confirmed that development on the next Forza Horizon game is underway.

The Series 7 update adds 5 new Ferraris and the Cinco de Mayo celebration alongside many bug fixes and feature additions. 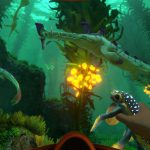 10 Video Games That Seem To Go On Forever

Want the most bang for your buck? Here are 10 of our best picks for just that.