In the latest monthly update for Forza Motorsport, game director Chris Esaki clarified the implementation of ray-tracing in the game.

Racing fans have plenty to look forward to in the coming years with both realistic simulations and arcade titles. Check out 15 of them here. 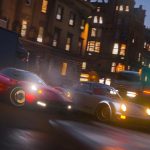 The racing sim could be coming to Xbox One as well.