There is a massive sale going on XBLA right now and some of the awesome games like Trials HD and Outland are at half the price. There are a lot of games that have been brought down in price and we h... Read More 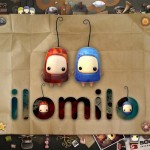 Have you not got enough from the cute, puzzle packed, brain churning arcade game ilomilo?  Well you are in luck because on March 9th, the innovative Xbox Live Arcade game will have new DLC called... Read More 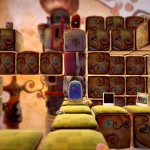 ilomilo was officially released on Xbox Live today for 800 Microsoft Points ($10).  This game is extremely addicting so be careful.  You point of the game is to join ilo and milo the main ch... Read More

Get The New “ilomilo” Puzzle Game Trial For Free

https://www.youtube.com/watch?v=q9sTDeJAbCg "ilomilo" is a new puzzle arcade game that is available for Windows 7 Phones as well as the Xbox Live Arcade.  It is not out for XBLA, nore does it have... Read More