Purchasers can still get Alan Wake: American Nightware if they go to the store with their ID. 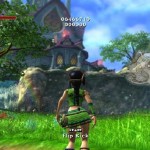 Rare Thinks Kameo Should Have Been ‘scrapped’

Rare said that it wished it "scrapped everything and started again" during their development on Kameo: Elements Of Power. The title was originally slated for a GameCube release, until Microsoft... Read More