Archive For Lies of P Tag

AMD has released a new trailer that shows the Soulslike action RPG running on the new Radeon RX 7900 XTX at 8K resolution.

The Pinocchio-inspired Soulslike action RPG is due out for PC and consoles sometime in 2023, but doesn't yet have a specific launch date.

"But if you thoroughly check all of the contents that are hidden in the game, then it will be around 60 hours," says director Choi Ji-Won.

The dark fantasy Souls-like is releasing in 2023 for PS4, PS5, Xbox One, Xbox Series X/S and PC. It also launches on day one for Game Pass.

Lies of P director Choi Ji-Won says there were a number of reasons why Pinocchio was chosen as the narrative core of this Soulslike action RPG.

Neowiz's upcoming action RPG is based on Pinocchio and sees the wooden being venturing through a Gothic city in search of Mr. Geppetto. 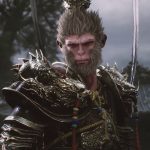 As Pinocchio, players explore the ruined city of Krat and battle twisted automatons. The title is coming in 2023 for PS5, PC and Xbox Series X/S.