Shenhe utilizes the Cryo Vision and is a pupil of the Cloud Retainer while Yun Jin is a Geo user who's director of the Yun-Han Opera Troupe.

As part of the Honkai series, this new title will see players exploring the "infinite wonders" of the galaxy with the Astral Express.

Explore two new islands in the Inazuma region, along with two new Domains. Or simply sit back and fish to your heart's content. 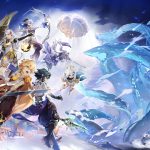 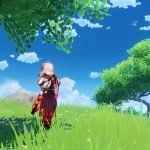