Archive For MLB The Show 21 Tag

Access to both the current and previous gen version will seemingly be included in the Collector's Edition.

It will launch with cross-platform play between PlayStation and Xbox platforms. 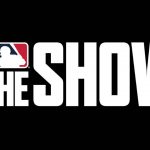 MLB The Show 21 PS4 and Xbox One Box Art Leaked

Ever thought you'd see the PlayStation logo on an Xbox box art.

MLB The Show 21 Will be Announced in February

This will be the franchise's first year as a multiplatform series.