Seek the Dark Wanderer and come face to face with Diablo in an effort to save the world when the remaster releases on September 23rd.

Nintendo says that factors such as the upcoming launch of the OLED model and European exchange rates have contributed to the base model's first price cut.

WarioWare: Get it Together! and Tales of Arise Debut on Top of Weekly UK Retail Charts

There's a total of four new releases in the top 10 of the charts, with NBA 2K22 debuting in third place and Life is Strange: True Colors at No. 6. 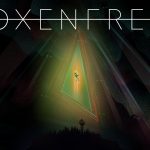 WarioWare: Get It Together! Celebrates Release With Micro Launch Trailer

The latest entry in the frantic and also eccentric microgames collection is out today, and Wario implores you to please buy his game.

A few transgressions with combat and overall polish does little to hold back this inarguably alluring adventure of an unlikely hero in a wonderfully twisted world.

Samus Aran returns on October 8th, this time seeking to escape from Planet ZDR while contending with E.M.M.I., the Chozo and other threats.

Capcom could be preparing a release date announcement for the title's PC version, which is currently slated to launch in early 2022.

Activision has started sending out Wumpa piñatas to media and influencers, suggesting that an announcement might be imminent.

Though Baldo: The Guardian Owls has lofty ambitions, it spectacularly fails to do justice to them.

Strike with a unique range of claw-based melee attacks, use the shadows to your advantage, or deploy mines and Sentries against foes.

Life is Strange: True Colors Review – The Power of Empathy

True Colors comes through with some strong characters and a compelling story.

Become a new type of being and control demons to ultimately survive in the ruins of Tokyo when Atlus's RPG launches on November 12th.

Here are the crucial things you need to know about EA's yearly FIFA instalment.

Kingdoms of Amalur: Re-Reckoning – Fatesworn Expansion is in “the Final Stages of Production”

The developer has also shared some new details on a location from the expansion known as Gale Crossing.