The Game Awards 2022 – 15 Biggest Announcements That Could Happen

Taking place on December 8th, this year's awards could have some big announcements and reveals. Here are 15 rumored to occur. 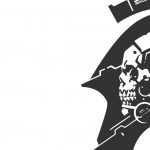 Hideo Kojima’s Next Game Will Be “Like a New Medium”

Hideo Kojima, speaking about his studio's new game, has stated that the game is "almost like a new medium". Death Stranding was similarly referred to as a new type of game.