Sony "outreached to Activision immediately after the article was published to express deep concern and to ask how they plan to address" the situation, according to an email sent by Ryan to PlayStation...

The publisher recently floated on the London Stock Exchange's AIM market, with $50 million gross proceeds to be used for expansion plans.

A new YouTube video reveals that the PlayStation 5's newer model actually runs a bit cooler than the launch version.

Take control of Steel as she shoots, dives, wall runs and obliterates squads of enemies. The FPS is in the works for Xbox, PlayStation and PC.

"We are working on a number of models to open up mobile," says PlayStation CEO Jim Ryan, echoing similar recent comments.

"Others bring console games to PC years later, not only making people buy their hardware up front, but then charging them a second time to play on PC," says Phil Spencer.

"We are exploring the mobile market with some wonderful PlayStation franchises so please stay tuned," says PlayStation CEO Jim Ryan.

Sony Has Patented Its Own eSports Betting Platform

Well, this is interesting.

Uncharted, God of War, The Last of Us on mobile? Why not.

Yes, PlayStation Is Sidelining Japan, And It’s Time To Accept That And Stop Making Excuses

It's time to face the facts, and have a hard discussion.

God of War: Ragnarok Team Recruits The Last of Us Part 2 Sound Designer

Beau Anthony Jimenez has also worked on games like Uncharted: The Lost Legacy, Destiny 2, and more.

You can expect more PlayStation properties to make the jump to TV and films soon.

Except several PlayStation icons to make the jump from games in the future. 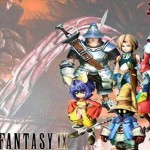 One of the best Final Fantasy games ever made is available on Nintendo Switch right now.

However, they will continue to provide their solutions to all developers and platform holders.