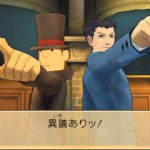 [HTML1] Check out this trailer for the upcoming Layton/Phoenix Wright crossover. The game follows Phoenix as he defends a girl accused of practicing witchcraft. The title has been officially announ... Read More 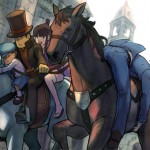 In what for some is considered a dream project, Phoenix Wright of Ace Attorney fame and puzzle solver Professor Layton will be meeting up in a 3DS title. The screens provided were taken from Famitsu.c... Read More

Capcom and Level 5 teaming up for the project. At the recently concluded Level 5 Vision 2010 event, they announced that Professor Layton VS Gyakuten Saiban is in development for the 3DS.  The story... Read More