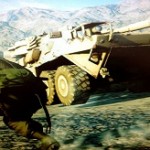 Hideo Kojima, the director of the MGS franchise has mentioned that his new project, dubbed as "Project Ogre" will tackle delicate issues. The series was recently included into the Smithsonian Inst... Read More 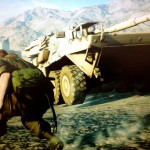 Project Ogre to be an open world game, says Kojima

Hideo Kojima the creator of Metal Gear Solid, is making a new game. We don't know much details about it but it is supposed to be an... open world game. He revealed this in an interview with CNN last... Read More

Kojima has tweeted two screenshots which he says is from Project Ogre. He is working on a top secret PS3/Vita game which may end up looking like this. This scene is supposed to be a prototype fro... Read More