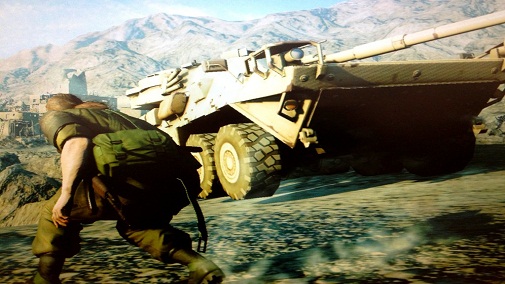 Hideo Kojima, the director of the MGS franchise has mentioned that his new project, dubbed as “Project Ogre” will tackle delicate issues. The series was recently included into the Smithsonian Institute’s video game exhibit.

“The game I’m working on right now is dealing with quite a few issues that are pretty delicate and taboo,” Kojima said to Shacknews.

“I’m not sure if they’ll end up being in the final product or not, but that’s something that I want to continue to strive for.”

He also gave a pretty weird reason for why the game won’t appear on the Wii U, and he said that he wanted to create an unique game which took advantage of the Wii U’s features.

“The way the player interacts with [Wii U} is very different than any other device out there. So if I were to make a game for the Wii U, it would have to be a unique game,” he added.

“I don’t want any misconceptions that [the Fox Engine] is specific to a certain hardware platform, because it’s not. The way we envision it, it’s more this platform that isn’t mounted to a particular hardware.

He also said that the credit behind the MGS franchise goes to his team and not just him. He also mentioned that he’s craving to create games which is not Metal Gear, which is understandable since he has been making these games for a long time now. It remains to be seen what his new IP is, or whether Project Ogre turns out to be a new IP or not; we have to wait and see.

“I don’t have any problem with Kojima Productions being equated with Metal Gear, but I don’t like, necessarily, that people think that my name equals Metal Gear.”

“Of course, I’ve worked on Metal Gear up to now, and I love Metal Gear. But as a creator, I want to work on new projects and create new games. I want to do new, creative things – things no one has done before. So even if I keep on producing Metal Gear, from now on, I want to have something else that I can do apart from Metal Gear.

The remake is currently available for PS5 with improved visuals, accessibility features, AI improvements, and ...