The H.R. Giger-inspired first-person horror game Scorn is finally out. We got to play it over the weekend, and here are our thoughts on whether or not Scorn is the right horror game for you.

Chivalry 2 is available today for Xbox consoles, PC, and cloud. Medieval Dynasty and Telltale's The Walking Dead Season 1 and 2 arrive on October 6th.

Scorn Will Take 6-8 Hours to Complete, No Photo Mode Included

Despite starting with four developers and a "very small budget," Ebb Software considers the first-person horror title a "AA project." 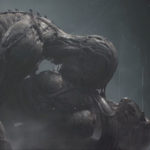 Ebb Software's upcoming horror shooter is shaping up rather well.

Scorn Releasing on October 21st, According to SteamDB Listing

Several new in-game screenshots for the survival horror shooter have also been discovered along with some new web assets.

Scorn’s PC Requirements Have Been Updated, and They’re Quite Demanding

The upcoming horror game will demand quite a lot on recommended settings, including GTX 2070 with 8 GB VRAM, an SSD, and more.

Scorn is on Track to Launch in October

Ebb Software reassures that it's long-in-development horror shooter Scorn will indeed be launching in October, as previously announced.

Despite being quiet on its YouTube page, Scorn has been getting quite a few short clips on Facebook, showing off its unique Giger-inspired aesthetics, architecture, and weaponry.

Scorn Will Launch in October 2022

As revealed in its latest trailer, Ebb Software's upcoming horror game Scorn will launch in October 2022 for PC and Xbox Series X/S.

Scorn Has Been Delayed to 2022

Ebb Software's Giger-inspired horror shooter was set for a 2021 launch, but the developer confirmed in a recent update that it's been pushed to 2022.