Chivalry 2 is available today for Xbox consoles, PC, and cloud. Medieval Dynasty and Telltale's The Walking Dead Season 1 and 2 arrive on October 6th. 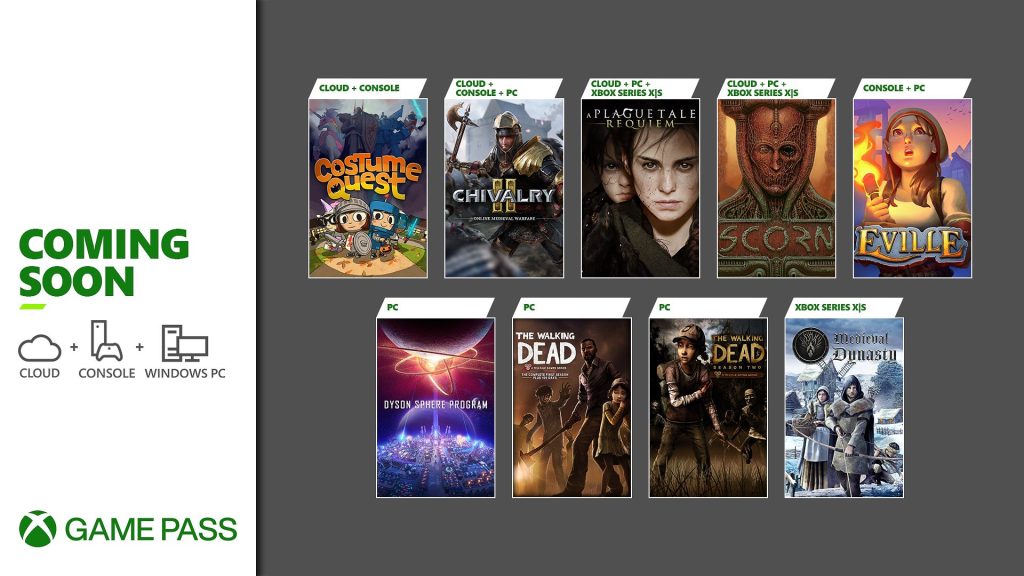 Microsoft has revealed the first wave of titles coming to Game Pass in October, starting with Chivalry 2. It’s out today and playable on Xbox consoles, PC and via the cloud.

The first wave wraps up with A Plague Tale: Requiem on October 18th for Xbox Series X/S, PC, and cloud. Several titles will also leave the service on October 15th, so play them now while you have the chance. They are as follows: