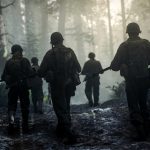 A new paradigm for classes.

What Sledgehammer needs to take care of to make the next CoD a success. 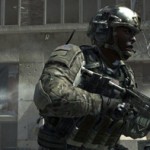 Sledgehammer Call of Duty game could be Modern Warfare 4

Next Call of Duty Will Be A “Next-Gen First” Title

Next-gen systems are our "our primary development."

Modern Warfare 3: PS3 Version’s Quality & Support Is Nothing Worry To About – Sledgehammer

Call of Duty Modern Warfare 3 is one of the biggest games of the year. There are absolutely no two ways about that. If you are the type of a gamer who has keen eyes, you must have observed that... Read More

Sledgehammer’s third person CoD “was pretty compelling and it looked really good”, but MW3 was an “opportunity [they] couldn’t miss”

Sledgehammer Games was a studio Activision had set up especially to take the Call of Duty franchise in an all new direction. Sledgehammer had been working on a "third person action adventure game" f... Read More