Even though development ended on Soul Calibur V a few weeks ago, there’s been plenty of work on a wealth of downloadable content. Three packs of DLC are scheduled for February 2012, each priced... Read More

Update: This video is no longer available. Check out the story mode trailer from Soul Calibur V. Now for a fighting game, you may think that "lul wut, story?" and stuff, but this trailer is worth wat... Read More 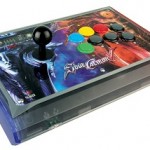 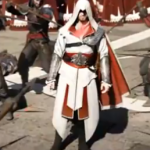 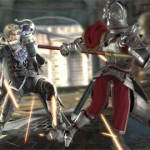 [HTML1] [HTML2] Check out these reveal trailers for Ezio and Dampierre. The tale of Patroklos Alexandra, son of Sophitia Alexandra, unfolds as his family’s destiny intertwines with the Soul swo... Read More

Namco Bandai and Ubisoft today announced that Ezio Auditore from Assassin’s Creed series will be a playable character in Soul Calibur V. “The entrance of Assassin’s Creed into the Soulcal... Read More

[HTML1] Check out the Soul Calibur V trailer from the Tokyo Game Show. The trailer shows new characters and some great visuals. The combat footage looks pretty great as well. The game will release ... Read More