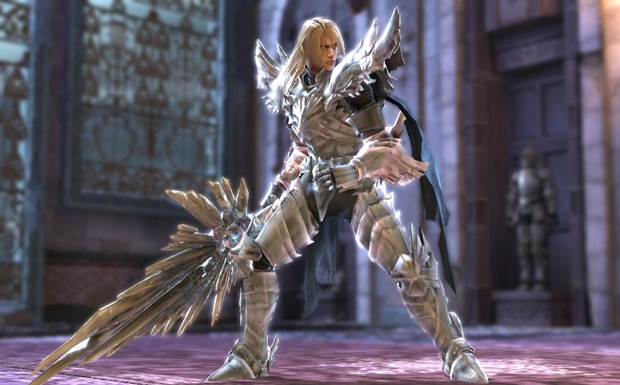 Soul Calibur Director Daishi Odashima likes to tweet. A lot. And his recent Twitter exploits reveal a little insight into the game’s ‘Critical Edge’ system: “Critical Edge is a new attack system that delivers high damage to the opponent. Can be used in combos. Requires 1 Critical Gauge bar. The Critical Gauge can be charged up to 2 bars. So some characters can connect 2 Critical Edges in a row.”

He goes on: “A small portion of the Critical Gauge can be used to perform Brave Edge; a powered up ver. of standard attacks (character shines when used). The properties change depending on the move; increase damage, adds additional attacks, gives advantage on block, changes hit property etc.”

Defense is then covered: “There are 3 defensive systems. Quick Move can be performed by tapping the same direction twice. Kind of like a faster version of the [8-way Run] 8WR,” he writes. “Similar to SC2’s evasion but doesn’t have invincible frames. It’s very easy to do and can be used by beginners too.”

“Secondly is Guard Impact. It’s still being adjusted but it’s the system everyone’s familiar with from previous series. Lastly, Just Guard is a system for high level players which is performed by inputting guard at just frames. The guard stun frames reduces.”