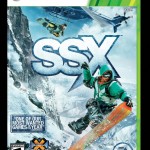 [HTML1] Check out the new trailer from SSX, which will be released this year for the PS3 and Xbox 360. It features some good music, which justifies watching the trailer. It looks just like the PS2 ... Read More 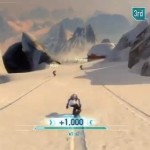 [HTML1] Check out the newest trailer from SSX, and it looks spectacular. It shows you how to survive Travis Rice's world. It's not that hard though, but it certainly is exciting to do it! Big mo... Read More 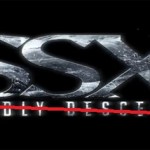 SSX producer Sean Smillie announced a demo for the SSX reboot will be available early next year.  Good news since the original game was such a huge hit and the title of the game has been changed ... Read More 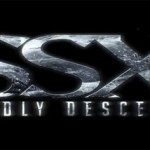 [HTML1] EA have released the E3 trailer for SSX. The game will release in January 2012. Stay tuned to GamingBolt.com for more news and updates.Read More

[HTML1] EA has release yet another developer diary video for its new SSX game, this time detailing character design with particular attention to the evolution of female character Elise. The vi... Read More

[HTML1] Check out the debut trailer of SSX: Deadly Descent which was revealed at the Spike Video Game Awards earlier this month, with this very trailer. A release date and the platforms for whic... Read More