The Dark Eye Demonicon Wiki: Everything you need to know about the game

Everything you need to know about The Dark Eye Demonicon.

A decent game to go for if you have no other option.

Releases on October 25th with console versions due next year. 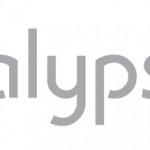