THQ has confirmed it will bring the currently Wii-only uDraw peripheral and its games to Xbox 360 and PS3. "I am pleased to announce that we plan to bring exclusively designed uDraw GameTable... Read More 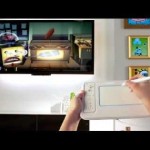 THQ's uDraw tablet for Wii gets a new title today in the form of yet another Spongebob Squarepants game. Spongebob Squigglepants will supposedly deliver over 100 family friendly nano-games usin... Read More

THQ's graphic tablet peripheral for the Wii, the uDraw, now has an official UK release date. The tablet will retail on the 4th of March. Games that will complement the launch of the uDraw are P... Read More 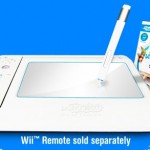 With the release of uDraw GameTablet, THQ has received a lot of welcome buck for bang. uDraw is, fortunately for THQ, a hit. A big hit. So much so that THQ has taken a three times jump with its rele... Read More

THQ have released a Wii accessory named uDraw, which can be used to draw (what else). With uDraw you can enjoy drawing based games on the Wii, and save their creations on SD cards, and print their p... Read More